Ok, so Fallout has been long proclaimed to be one of the greatest franchises going, but this most recent entry has (to say the least) been discussed at great length with fans and non fans alike.

I will start things off here by making an admission, I have not played a single Fallout game prior to this one. I’ve never been so much as tempted to be honest, but after some persuasion I decided to attempt a little bit of Fallout 4. I had heard good things though… no, make that GREAT things. It would be impossible for anyone on the gaming circuit to have not fallen prey to the hype this game had provided us with in the run up to release.

Alas, my high hopes were dashed with the intro to this ultimately confusing game format. Yes I’m a fallout noob, but I would say this would be a hard game for most people to pick up, with lots of sub menu’s, side quests and a crazy upgrade system. At first the upgrade system of the animated pip boy is quite fun, cool to look at and read through, however it does get old fast. That’s mainly due to the fact it is extremely anti-user friendly.

Then as you begin your journey through the Fallout world the fun begins! No, wait I mean the glitches begin. Glitches for all in Fallout 4!!

These glitches became a common occurrence whilst playing the game. At one point, one of my comrades was running around on his elbows shouting enemies because he couldn’t get up. Impressive as that sounds, and it did make for humorous viewing, it was pretty bad glitching and caused the game to freeze at a vital moment. Not what you want or expect from a highly anticipated game.

Character development in Fallout 4 is also somewhat lacking. The game sort of spins off on a tangent constantly, and there does not seem to be just one story line to follow. It is quite irritating when you finally think you’re on the right track, but then you’re sent off on another mission concerning something else entirely different. 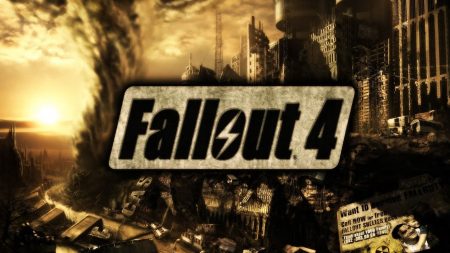 In all honestly, as this is my brutally honest opinion, this game was quite a big let down. Some may disagree, some may not, but all in all I felt Fallout 4 could of been so much better in so many ways. I’m not tempted in the slightest to replay, or go back to the previous games.

However I will say that I did enjoy building stuff, and the statue exploit did help an awful lot. 😀

Verdict: I am NOT a Fallout Fan.

One of BG's UK contributors and a PlayStation super-fan, Kiri is self-described as "super competitive" and can be most often found shouting at her other half "kicking my butt on Injustice".
Previous Times Square Toys R Us closes up shop tomorrow
Next FFXV confirmed for 2016 by Director