The biggest toys store in the city ceases to be (for a while at least) as of tomorrow, as Toys R Us Times Square shuts its doors. 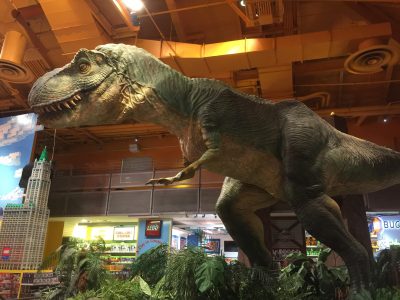 It’s been pretty well known for a while now that TRU’s flagship store (which is located in NYC’s Times Square) was taking its leave from its current location, having decided not to extend its current lease on its storefront. No specific date was announced for the closing, though it looks like the fateful date will be on the last day of 2015- tomorrow.

The news came across today and was announced by company spokesman Carlos Ferrer as he spoke with New York’s WPIX news. According to Ferrer, the site will be closed tomorrow at 6pm (EST), though he also made sure to get across that this is by no means the last time that the toy retailing giant will have such a shop.

With over 800 stores (in the US alone) already, TRU isn’t exactly going anywhere as a company, and they’re still very much interested in having a ‘flagship’ locale in NYC as well. He went on to say that they’re “actively searching” for a new spot to open up, and that yes- it’ll be somewhere in midtown Manhattan.

A re-opening of any kind may not take place for a while though, as Toys R Us has yet to actually find a new location (though there are rumors that they’re looking at several right now). So the bottom line is that if you’d like one last look at the massive Barbie, LEGO, superhero, and (my personal favorite) Jurassic Park T-Rex displays, well you better get yourself over to Times Square before six.

Jason's been knee deep in videogames since he was but a lad. Cutting his teeth on the pixely glory that was the Atari 2600, he's been hack'n'slashing and shoot'em'uping ever since. Mainly an FPS and action guy, Jason enjoys the occasional well crafted title from every genre.
@jason_tas
Previous BG Exclusive: concept artist Gregory Semkow talks X-Force
Next Opposing Opinion: Fallout 4