Home / News / past / American Truck Simulator gets a 2016 release date

The simulation genre is getting a new addition early next year.

American Truck Simulator will allow players to drive iconic vehicles across iconic roads and by iconic landmarks in an cargo-toting package that fans of the genre will surely appreciate.

According to a statement made by the team on steam, the base game will include a bunch of trucks and the state of California. After release and into the future, the team plans on adding more and more trucks and all of North America, according to the statement.

If you’ve been waiting on a simulator to make your way across the state of California, Feb. 3, 2016 is only a little over a month to wait for the trucking adventure.

Erich was introduced to gaming by his grandfather before he could walk. Since then, he has grown up loving Nintendo and most games in general. He couples his love of videogames with journalism to cover news, provide reviews and tell it how it is in the gaming world.
Previous NECA rings in the season with 12 days of figure-related downloads
Next Brutal Roundup: 12/14 through 12/20 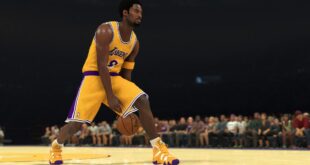 Loaded with fixes for a whole mess of issues (and some non-issues too), the second …