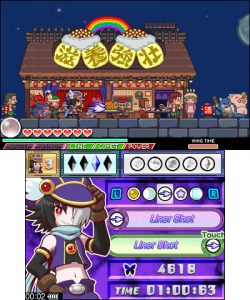 Minecraft’s Wii U version finally releases as well, including off-screen gameplay and a premium $30 price tag.  One imagines this version a solid pick for kids of parents who don’t want to share the screen during big games (of any variety).

And finally, Cloud releases for Smash Bros for $5.99, including his very own Midgar stage.

A large number of eShop titles will also be vying for your Christmas check from Grandma during extensive sales that end in January.

Also new this week:
In addition to video games available at retail stores, Nintendo also offers a variety of content that people can download directly to their systems. Nintendo adds new games weekly to the Nintendo eShop on the Wii U console and the Nintendo 3DS family of systems, the Nintendo DSi™ Shop for the Nintendo DSi system and the Wii™ Shop Channel for the Wii console.

Brutal Gamer's Nintendo Editor began his gaming life a little late- at five years old. But he's made up for it in the two decades since, gaming and writing about gaming with the same passion, fervor, and unrelenting love as his five-year old self.
Previous Nintendo makes its ‘last minute’ push for 2015 Holiday sales
Next Super Mario Maker Recieves Update