Nintendo serves up new details, and we smash them down. 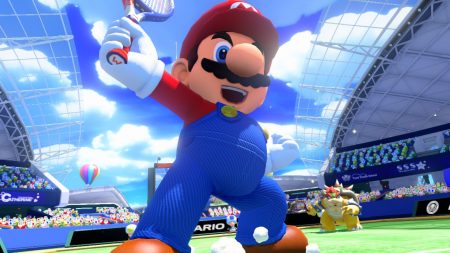 While the modes seem anemic, I’m still happy to see the Simple Mode, where I can play without Chance Shots.  It’d be nice to be able to turn on and off various pieces of the feature set (keeping Jump Smash and Mega Mushrooms on, and Chance Shots off, for example), and it’s too bad we’re not seeing more items than just the one.  Still, I’m looking forward to getting my friends together to hit the courts later this year.  Nintendo has also released a new trailer, showing off some of the characters we’ll get to play as.

Mario Tennis: Ultra Smash releases on November 20th in North America, and launches for the somewhat bargain price of $49.99.

Brutal Gamer's Nintendo Editor began his gaming life a little late- at five years old. But he's made up for it in the two decades since, gaming and writing about gaming with the same passion, fervor, and unrelenting love as his five-year old self.
Previous JRPG Demos and Some Big Releases Mark This Weeks Nintendo Download
Next TALES OF ZESTIRIA: AN INTERVIEW WITH VOICE ACTOR CHRISTOPHER NIOSI