Looking for a new, relatively inexpensive headset that will give you some great gaming sound? Then the Ear Force Recon 50’s might be just the ticket. 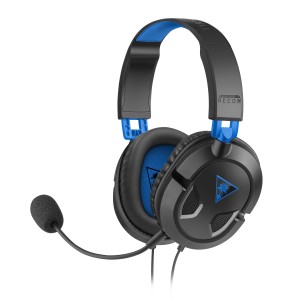 Just announced as hitting retail tomorrow, the Ear Force Recon 50 is Turtle Beach’s newest lineup of headsets. Built with performance in mind, but also an eye on cost, this new series of headsets is aimed at getting the job done without breaking the bank.

Jason's been knee deep in videogames since he was but a lad. Cutting his teeth on the pixely glory that was the Atari 2600, he's been hack'n'slashing and shoot'em'uping ever since. Mainly an FPS and action guy, Jason enjoys the occasional well crafted title from every genre.
@jason_tas
Previous Mezco riddles up a mystery box for Batman Day
Next Toys R Us to debut new Skylanders figures and vehicles first