Total War: Arena is the next step in the Total War franchise, but with a completely different direction. 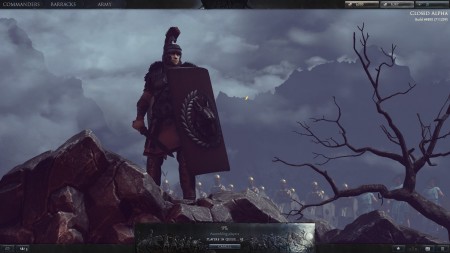 Rather than a sprawling map where you forge an Empire the largest the world will ever see, you team-up and pit your creative stratagem against other players in a 10v10 MOBA (Multiplayer online battle arena, a mouthful, I know). Although currently in closed alpha, the game is going to be a free to play game, with a similar economy to other recognizable f2p games. For example, the main screen is very similar to World of Tanks, featuring three currencies, your commanders and their units at the bottom, and tech tree up top.

At the moment there are two regions the selectable commanders hail from; Imperial Rome and Greece, with Barbarians coming down the pipeline. Both Rome and Greece have three separate commanders, all of whom you level-up to unlock more abilities, and each with a different style. 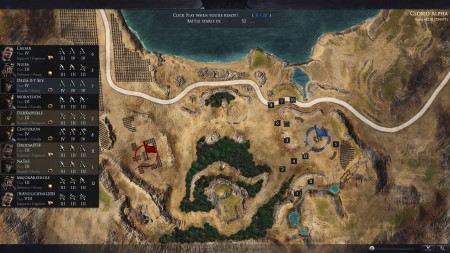 Right now the styles include assault, heavy, defense, cavalry, and each commander has a combination of two. For example; assault/cavalry, heavy/defense, and so on. Just like World of Tanks there are X tiers, and each tier you upgrade a commander to, they can use the next tier units. Both commanders and units gain XP to unlock the next, and also like World of Tanks, unit XP can be converted to commander XP (*Cough* Free XP) which can be used on anything.

Now onto the game play, which is the most exciting part for anyone looking on with anticipation. Each player controls three units, and at the start of the match players choose a spawn based on what types of units they have. There’s an option to draw on the map too, which is very useful in trying to communicate with other players. CHARGE! 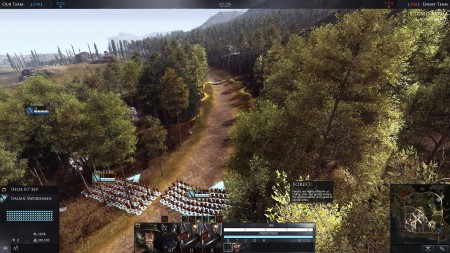 One thing that seems a little too arcade-like for me is that troops are always sprinting/running, so fatigue isn’t as important as in the main Total War series. Even though this is most likely to keep the game fast-paced, it’s a little much.

Attaining a victory can be quite challenging though, and sometimes it seems no matter how well you play, you just can’t win. Sometimes you assume that friendly archers aren’t going to fire into the backs of your front line men in combat, but they do, and FF casualties are very high. From a customization point of view, you can change the colours of your units to give them your own personal touch, and more paint options are unlockable via silver or gold, depending on which colour pack it is.

Terrain features on the battlefield do make an effect, making hiding in the bush and treelines a viable option for ambush. Each unit has a line of sight, and anything beyond is ‘fog-of-war’ invisible. Even seeing opponents on the backside of a slight hill you’re on top off is possible.

One way to gain an advantage in battle is to have a unit capture a watch tower, unfortunately to hold onto it you have to leave that unit, and you can’t use your troops to garrison it for an advantage either. Hopefully that’s something that changes in the future. 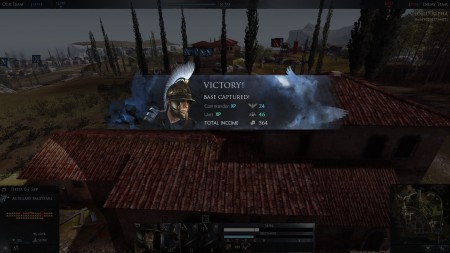 Now that Patch 11 is released, the game is less ‘chuggy,’ which was a main complaint of mine for a while. Creative Assembly has also stated that there won’t be any(more) account resets, woot! All in all it’s a very fun game, and like most closed alpha and early access games this is only going to get better with feedback from the community.

As we approach a more completed state, I’ll be going more into detail and actually giving it a rating. For now though, see you on the battlefield commander(s)

I am an avid gamer residing in Ontario, Canada. I play games from almost all genres, but my favourites are Strategy games and RPG's. Hobbys I have other than gaming are playing bass, reading, and building/upgrading computers.
Previous Smaller New 3DS finally coming to the US
Next Toys R Us reveals their hot list for Holiday toys