Chibi Vocaloids? All the songs that you know and love? It’s all here contained in this small package of a rhythm game completionist’s greatest fantasy. 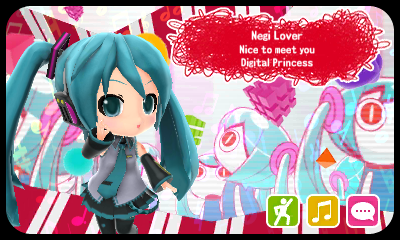 The game is visually impressive for a handheld only title and watching the various vocaloids sing and dance in faux music videos as the player frantically tries to keep the combo going is something of a comfort for someone like me who enjoys fast-paced games filled with action and adrenaline.

To be fair, trying to keep pace and keep track of the button prompts is an adrenaline rush in itself. I would like to point out too, that the game’s merit lies in its ability to keep the player entertained for hours on end, song after song as the player desperately tries to achieve the coveted perfect ranking for every song number on both methods of playing, touch pad or the face buttons.

Technical-wise, Hatsune Miku Project Mirai DX lacks any lag or bugs which would severely debilitate one’s ability to enjoy a product like this and thankfully, not even any minor bugs were found in my 90 hours of gameplay (90 hours?! Good lord! -ed). In fact, it was smooth sailing from the very first time I started playing, right up to when I felt completely satisfied that I could fairly review the title. 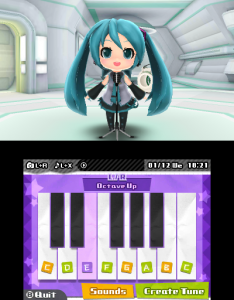 If the name sounds familiar, Project Mirai DX was originally a 2013 Japanese only release game, which only makes this release more incredible since it’s actually aged pretty well!

Gameplay is simple and relatively easy to learn – unless you’re someone like me who is used to non-Nintendo products (i.e. Xbox, Playstation) so I ended up missing majority of the button prompts due to confusing Nintendo’s “X” with, say, Sony’s “X”. Though this is easily remedied with the highly customizable control scheme, which I thank the developers for tremendously.

Each song lasts approximately 2 minutes (sometimes longer) and differentiating them from one another is their BPM (or Beats per Minute), which essentially tells the player how fast the song is and how convoluted the button prompts will be. Each song can be enjoyed through in either the traditional “Buttons” mode wherein the button prompts are pressed using the face buttons of the Nintendo 3DS or the “tap” mode where the prompts will be presented in the touch screen to be tapped with the stylus (or your fingers, if you’re into that sort of thing).

Again, learning how to play the game is not that hard, and there’s not much of a learning curve, but the real challenge of the game presents itself as you unlock more songs and harder difficulty levels. Normal gamers may find completing every song with the highest possible score to be a chore, but Video Game Completionists (specifically speaking, the Rhythm Gamers), will find that a blessing which in turn will allow them to completely enjoy the game from start to finish, as they dance and sing their way through all of the catchy tunes the game has.

So is Hatsune Miku Project Mirai DX difficult or not? It really depends on the player. I’m a casual gamer when it comes to rhythm games, but I found playing to be easy once I memorized the layout of the 3DS’ face buttons. But what makes the game challenging is actually mastering each and every song. The difference between a “bad” button prompt is literally a few milliseconds and every time I felt frustrated because I missed a prompt was marked with some hushed swearing and the sound of me restarting the song.

While the gameplay is fun (albeit slightly unforgiving), the best part about this game is the music. Surprise, surprise, yes? No, not really. Vocaloids are essentially fictional avatars of a Japanese Singer given their own personality, style, and tastes. They are like anime characters where the Singer’s voice is sampled and essentially turned into a computer program, but they are all essentially “real” singers with real albums and a very real fanbase. Truth be told, I was never a believer in the Vocaloid hype but this game made me a believer. I enjoyed all of the songs tremendously, which made me want to finish the game with the best possible scores, ergo that 90 hours of game time. 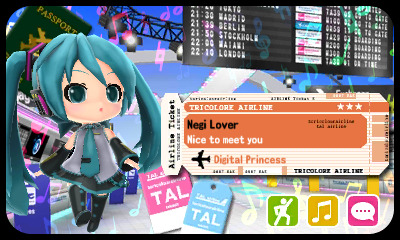 Anyway, back on topic, the game’s soundtrack is one of the most amazing OST’s in recent memory. Sure, the songs sound robotic or what have you, but like K-Pop I may not completely understand what the song is about, but the feelings of the writer and the singer are conveyed through their performance – which basically makes this game both a rhythm game and a personal experience for someone who appreciates music. Each and every song by the different vocaloids present in the game come from varying genres and each carry different emotions and stories – which got me intrigued and eventually, hooked to the game.

One of the game’s most adorable features is the ability to hang out with your chosen vocaloid. Mine was Hatsune Miku and I hated her for beating me in the boardgame mini-game and what’s essentially vocaloid tetris. Wait, games within a video game? You read that right. They’re not exactly Final Fantasy VIII’s Triple Triad or The Witcher 3’s Gwent but they are enough to pass the time.

Another fascinating feature in the game is the ability to dress your chosen vocaloid with clothes or accessories won through finishing songs and dance numbers, and the ability decorate their residences (which the player also chooses for them) with various pieces of furniture and living necessities. There are a myriad of available styles to mix and match from, and who knows, you might just find the right fit for your own vocaloid.

The game also features a pseudo-sim wherein you can “speak” with your vocaloid using the 3DS’s microphone. I never quite fully understood how that feature worked, but it made me squint a few times until I decided to give up on it.

So should you get this game? If you’re a rhythm game enthusiast or someone who likes music and video gaming in general, definitely go for it. The songs are awesome, the visuals are decent, and the controls are fully customizable, which is all great.

Even with all that though, it’s the game’s difficult challenges that are truly what will hook you into this awesome piece of software.

Benj likes video games, neckties and scotch. His favorite games include Resident Evil 2 and Final Fantasy VIII. You may contact him at [email protected]
@ggburroughs
Previous Focus Home focuses in on Steam Sale this weekend
Next Mad Max Month kicks off today on BG 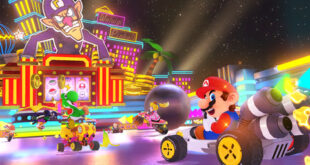 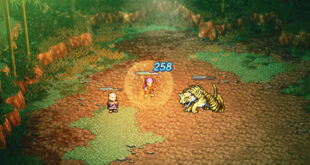 Live A Live is alive! The “HD-2D” RPG arrives for Nintendo’s Switch this week, along …