One of the best games in the Red Faction series, Guerrilla is finally available on Steam for the PC (and with a bunch of updates). 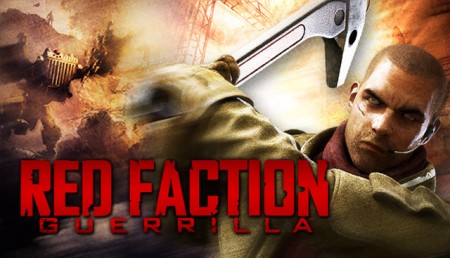 Well, it might not be a whole new Red Faction experience, but this new edition of Red Faction Guerrilla is certainly improved over the standard edition of the game that arrived on consoles and Microsoft’s no defunct Games for Windows Live in 2009.

Now resting under the banner of publisher Nordic Games, who picked up the IP from THQ in their fire sale a while back, Red Faction Guerrilla Steam Edition does a fair bit more for fans than just eschewing the GFWL branding and sign-in. In fact, there are a while bunch of improvements, mostly taking advantage of Valve’s Steam network and service.

Here’s what’s better this time around:

Not too shabby right there. Developed by Volition (who you no doubt know from the Saints Row games), Red Faction Guerrilla is now available on Steam for the PC and will cost you $19.99 USD.

Jason's been knee deep in videogames since he was but a lad. Cutting his teeth on the pixely glory that was the Atari 2600, he's been hack'n'slashing and shoot'em'uping ever since. Mainly an FPS and action guy, Jason enjoys the occasional well crafted title from every genre.
@jason_tas
Previous South Park Pinball shooting onto Wii U this month
Next 20 Years Of PlayStation Memories