The Wolf Among US howls on PS4 and Xbox One

If you missed any part of Telltale’s excellent adventure game based on the Fables comic books, now’s your chance to dive in on current generation hardware. 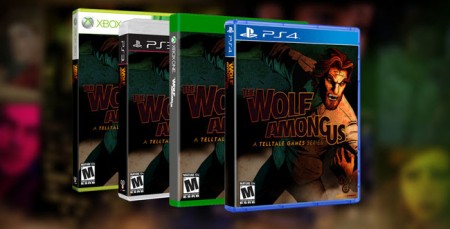 It’s probably something that you could have guessed, but Telltale’s take on Fables in The Wolf Among Us is one of the best adventure games in recent years. It seems like that’s a pretty standard statement to make when referring to the company and their stable of IP’s though, as a good chunk of them have been of the ‘hit’ variety. The’ve only bee the force behind The Walking Dead seasons 1 and 2, Back to the Future, and Jurassic Park (what? I liked it!). And The Wolf Among Us continues that trend with a game that’s deeply rooted in the DC ‘Vertigo’ comic books that spawned it, and yet tells very much its own story. It’s a kind of prequel to the series actually, that tales place in the 1980s.

Bottom line time- if you missed it, it’s a good one, and the Xbox One and PS4 edition of the game should make for a great time… provided you enjoy a terrific story and cool, noire-y visuals that is. Like to check out our review? Have a look at what we thought of the final chapter right here.

Tags DC comics Fables PS4 The Wolf Among Us Xbox One

Jason's been knee deep in videogames since he was but a lad. Cutting his teeth on the pixely glory that was the Atari 2600, he's been hack'n'slashing and shoot'em'uping ever since. Mainly an FPS and action guy, Jason enjoys the occasional well crafted title from every genre.
@jason_tas
Previous Angela crashes headlong into the Marvel U in Angela: Asgard’s Assassin #1
Next Atlus shows off Persona Q’s Fusion and talks up special edition contents