The Wolf Among Us: Episode 5 (PC) Review

Once upon a time, there was a game critic who was told to review a game about one of his favorite book series, based upon classical fairy tales. He played it, made (most of) the right decisions, and lived happily ever after. 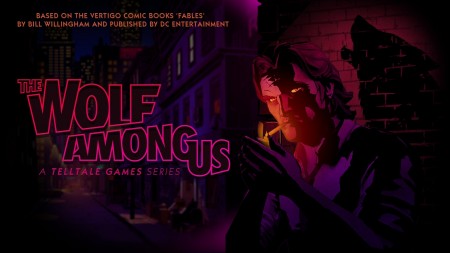 I’m not even joking, compared to the games I’ve reviewed recently this was a very welcome change. Created by Telltale Games, The Wolf Among Us is a video game adaption of the graphic novel series “Fables” by Bill Willingham. Let me state, I have read most of the books, and I absolutely love them. The idea of all of the fairy tales being in one collective place in a real-world New York City is simply fantastic to me.

Now, personally, I would love to review the entire game as a whole, but I am only reviewing episode five. To avoid spoilers as much as possible, I will be replacing the name of the killer (who’s identity is very apparent by this time in the series) with a bunch of dashes. You know, to protect the innocent and such 😛

Episode five starts off, shockingly enough, consecutively after the end of episode four (freaked me out too, I know). This time, it starts out with little flashbacks of each important, game changing decision you’ve made throughout the course of the last four episodes, including, but not limited to: Whether or not you kill ——, Whether or not you decide to rip the arm off of one of other Fables, and gives a nice little recap on how you, personally handled the situation finding out ——– was doing some strange, magic related type of roleplaying going on with a hooker glamored as ———– (I bet that just filtered out some people).

The entirity of the last episode is spent catching the killer, and essential puppet master.

In the final section of the episode (or to be more direct, the game), you are questioning ——— in front of all of the surviving members of Fabletown. And, I have to say, even I was beginning to wonder whether the real bad guy was here. Whether it was  ——–, or me, or —— (I’d stop with the dashes but now I’m afraid I’m committed). The game in my opinion, gives a really harsh blow to politics. I guess it wouldn’t be so mind opening if what they were saying wasn’t so true.

In my personal experience, I threw ———- down the Witching Well, and while I felt the slight satisfaction of finally ending this, however Telltale managed to do what it does best, and make me feel like an absolute scumbag for what I did. While technically I got a “good” ending (but probably not the best available), what I did still caused harm to every citizen in one way or another, and it makes this very evident only a few moments after the decision is made.

While I would love to give this game a ten out of ten for specifically the story aspects, I am a game reviewer, not solely reviewing game stories. I’m not even going to talk about the gameplay, because anyone going into this game should already know it’s just about as close as you’re going to get to an interactive movie. 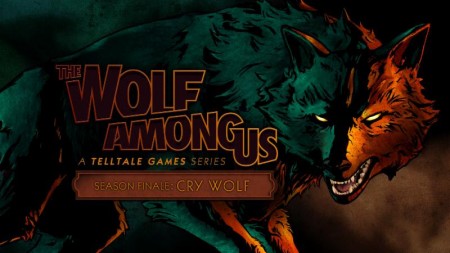 Probably the biggest thing that pulled me out of completely absorbing myself though, was the constant mood shifts in people’s faces. I understand that it’s meant to show a broad range of emotions, but typically there’s some kind of middle ground face that you make in going from angry, to happy, to sad. It’s not an immediate shift in real life, unlike it’s depicted in The Wolf Among Us. Small issue, but it’s there regardless.

I don’t think I need to answer this, but yes, I will be replaying The Wolf Among Us, probably more than once. I loved the books, and I love the games just as much. I highly suggest it to anyone looking for an interesting story to listen to.

However, if you think you need a game that requires constant button prompts, or maybe something that doesn’t force you to think extremely hard and have good foresight, then maybe you will want to steer clear out of it.

Five parts actual review, 2 parts sarcasm, 2 parts bad puns, and one part self loathing = one of my game reviews.
Previous Gamestop offers Red Hood DLC with preorder of Batman: Arkham Knight
Next The Walking Dead: Amid the Ruins available now