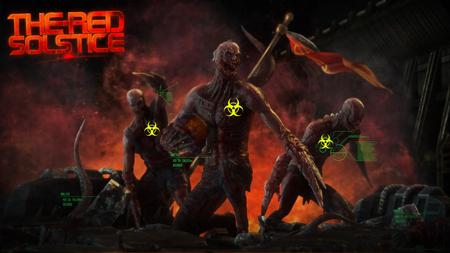 Even though it’s still very much in early access, you should not expect Red Solstice to be that great of a game when complete. Created by IronWard Studios, this is a top down squad shooter in the vein of Warhammer, space marines and all. It’s been in early access since July but yet feels very incomplete still and is, well, just plain boring.

The setting and story are a true drag, something about space marines on an alien planet and things going wrong. It’s nothing new and the fact that it sticks to the typical storyline (which is painfully standard in gaming) just makes it all that much more painful to play. I ended up skipping what portion of the story that was there because I found it just didn’t go anywhere interesting. 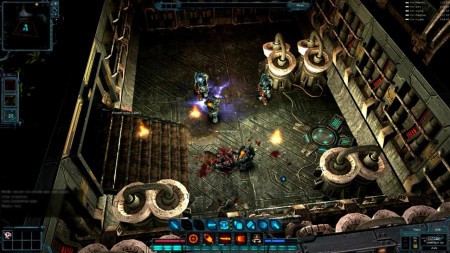 The Red Solstice’s gameplay is nothing novel either, and basically consists of just moving your marines around with mouse clicks. The combat also isn’t much to talk about because the marines have an auto attack option which means you just clear waves of enemies without interacting at all.

There’s no real reason to take cover half the time since most enemies don’t do too much damage and your marines regenerate health at a crazy rate. This isn’t a typical strategy game on top of all this, because you can’t soft pause the game and make decisions. This is more of a run and gun game rather than a thought-provoking strategy title.

Art isn’t something to look at either, focused much more on drab grey corridors than anything else. There is some green from time to time but these turn into corridors as well, making exploration nonexistent. The graphics are pretty awful and lo-res even at full settings, although the developer does promise an HD update in the future which should look considerably better.

Simply put, this isn’t something you want to pick up right now unless you’re extremely hard up for something new.

Even once it comes out of early access, I can’t say I would recommend this title to most people unless you are looking for this specific experience. It’s an uninspired romp through a world we’ve been through before and does nothing new or interesting. There are many other titles to look at other than this if you are looking to throw money at something.

A young lad on a magical journey through the dark and terrifying world known to many as "the industry". From his hellish prison, Isaac can hear the cries of pain and suffering from those who came before him, only to hear their hearts stop in utter terror. Video games aren't all fun and games kiddies.
Previous New Resident Evil remake gets a trailer and more stills
Next Dungeons & Dragons Player’s Handbook Review