Clementine, oh sweet Clementine. The girl we have come to love and helped grow up to become a post-apocalyptic survivor. We’ve seen her cope with losing her loved ones and making decisions that should not be made by someone that young. By now I thought we all knew how we wanted our Clementine to grow up. But apparently Telltales Games thinks that we still do not understand how much Clementine has had to bear.

The episode on its own is not a bad one, but it is part of a bigger story and that is where my issue with it lies. The previous episode already focussed on what difficult choices she had to make and what kind of gruesome outcomes they can have. I thought that we could let that go by now, but this episode has made it painstakingly clear that is has to be milked for all its worth. 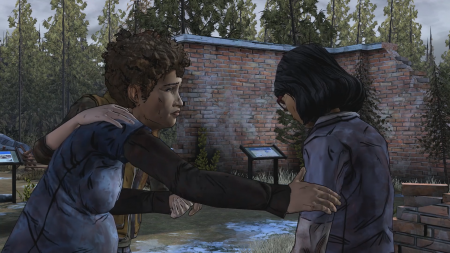 Ranting aside, the quality of the episodes has not gone down. Compared to the previous episode, you do feel the anxiety that accompanies the group throughout the episode. The circumstances are grim and everyone and everything is reminding you of it. Everyone knows how dire their lives have become and the tension between the characters makes it apparent. They hungrily latch themselves to the happy moments, because they are so few and far between. 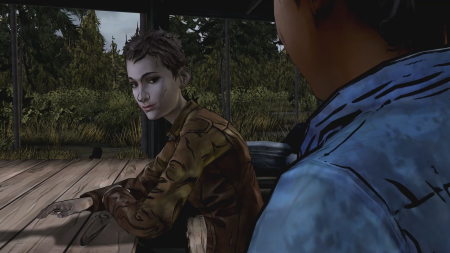 Jane, the girl that helped everyone escape the mall, is the outlier in all of this. She is what Clementine would be if she had not had the support from Lee and the people that followed. She is out for herself and she is not afraid to let everyone know that. By pushing down most of her compassion, she has become a survivalist that has an ongoing battle to keep her emotions in check. Which makes for an interesting story, if it didn’t feel so forced when she is compassionate towards Clementine.

Each person from the group has become a reflection of what Clementine has had to deal with and how she could’ve turned out. Jane is the character that makes her aware of the choice she has. In a world that is broken, nothing can stay pristine, certainly not a group of people. 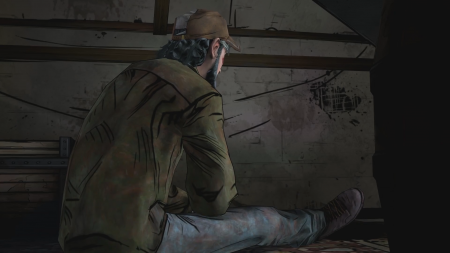 Kenny shows how a person can become when you put everything for the sake of the group. By sacrificing things himself, he has been able to keep group going and a lot of its members alive. As with Jane, Kenny has his own inner demons. What good is it help others if it never helps yourself?

For Clementine, it has become apparent how much the group relies on her. After every dangerous situation she has been thrown in, it becomes a question whether it is worth to give herself completely to the group when she has to carry a lot of the weight.

This episode makes it very clear, once again, that Clementine has to choose between herself or the group. Which would’ve been perfectly fine, if we had not spent three previous episodes with enough character progression to get a clear picture of Clementine’s future. This episode makes me think of the episodes on Hersel’s farm from the television series, too much of too little. But it got a bit better afterwards and seeing how this episode ends, I am expecting a great finish.

I am 24 year old whose love for gaming started with my dad showing me games like Wolfstein 3D and Aladdin. As I grew older, so did my interest in games. I would religiously read Dutch game magazines to keep up to date. Initially. What was supposed to stay as something to pass time has grown to having a love for all things gaming related.
@RickRozenberg
Previous Saturday Radar: GamesRadar’s Best for the week of 8/18/14
Next Sunday Review: The BG Archive for the week of 8/18/14