Mega Man 6 arrives on the eShop Virtual Console and, for the first time, Disney Infinity is available for free download- you’ll still need to invest in a few figures and a base to actually play though. 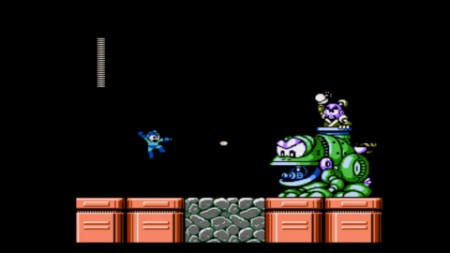 Now I’m digging Mega Month. I remember very little about the later Mega Man titles on the NES, so seeing 6 available for purchase is a happy moment for me. Of course it’d be a happier moment if there were, you know, a new Mega Man title happening anytime soon. Dare to dream.

Also this week, and pretty interesting, is the full Disney Infinity game. While this is the whole title in it’s entirety, and it definitely is a free download, you do still need the base and some figures to do anything in it. So it’s kind of like a backup I guess if you own the physical edition (or pick up some spare parts on eBay). Then again, if the base is compatible, you could also just use Disney Infinity 2’s kit to play if you were planning on picking that up. The figures wouldn’t work with the previous title, but you can still pick up older toys just about everywhere that stocks them.

And just a quick note that Life Force is on the VC this week for the Wii U as well. Kind of an underrated shooter as far as I’m concerned, this bad boy has all the gross out enemies that you’d expect form the genre and some very solid gameplay too. Worth a look at least.

Jason's been knee deep in videogames since he was but a lad. Cutting his teeth on the pixely glory that was the Atari 2600, he's been hack'n'slashing and shoot'em'uping ever since. Mainly an FPS and action guy, Jason enjoys the occasional well crafted title from every genre.
@jason_tas
Previous Hard West bring tactical gameplay to the ‘weird west’
Next New tables on the way to Zen Pinball 2 on the Wii U