Fresh Controversy for the GTA Series

Some people are outraged that fans of the smash hit GTA V are modifying the game to allow players to blow up, control and even ‘sexually assault’ other users. The mod in question is the aptly named ‘Naughty Stuff’ and “very naughty stuff’ mod and reactions have been varied, with some citing it as a bit of fun and others expressing outrage. 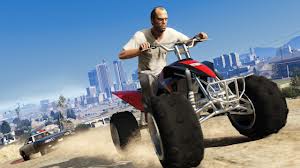 With these mods the players have various options to do in game including kidnapping, prostitution, ‘raping’ other players, and having sex with the air. The mod also lets you play as a fully naked man or woman. Personally I couldn’t see the reason why you would want to, but hey each to their own.

Players who have been exposed to this mod have taken to forums and social media to comment.  One user said ‘People like you are the reason why everyone has a problem with GTA.’ Whereas others have seen the funny side and said simply ‘this is funny’

You can see the mod in action below.

How do you feel about this? Have the community taken it too far with this mod?  As of yet Rockstar haven’t commented on this.