The X-Men tie-into Original Sin with an issue that’s strain the teams to the breaking point, or unite them under a common banner. 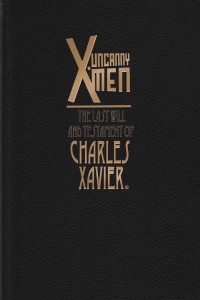 This July, the X-Men crash headlong into Original Sin in Uncanny X-Men #23 – from New York Times Bestselling writer Brian Michael Bendis and rising star artist Kris Anka! Thanks to the events of Original Sin, Charles Xavier’s last will and testament has been discovered. The final wishes of a man who fought all his life for peaceful coexistence between man and mutant – until the very day it got him killed. The rift between the two X-Men squads grows with each passing day. Do the secrets contained in Xavier’s will have the power to finally reunite them? Or doom them forever? Don’t miss the story that will have everyone talking and sets the stage for huge X-Men stories on the horizon when The Last Will and Testament of Charles Xavier stands revealed inUncanny X-Men #23!

I’m not a fan of what’s been going on in the X-verse with the division of the teams and all the in-fighting. Not to mention the fact that Cyclops basically turned heel and Professor X is dead and gone (maybe). It’s been tumultuous to say the least, and for an old time X-Men fan, a little too much of a turning over of the brand.

So with that in mind, I’m more than a little hopeful that the X-Men get back on the same page here with their Original Sin tie-in. There’s been plenty of ‘bad’ stuff to come out of the crossover event, here’s to hopping that there’s something good in it for Marvel’s band of merry mutants.

Jason's been knee deep in videogames since he was but a lad. Cutting his teeth on the pixely glory that was the Atari 2600, he's been hack'n'slashing and shoot'em'uping ever since. Mainly an FPS and action guy, Jason enjoys the occasional well crafted title from every genre.
@jason_tas
Previous GOG gives away Magrunner, puts bundles on massive sale
Next Check out Escalation mode in Transformers: Rise of the Dark Spark trailer