Don your hat and pick up your sidearms once again for more action in Borgovia with NeoCore Games’ The Incredible Adventures of Van Helsing II. 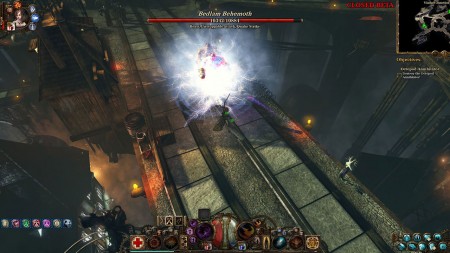 The Incredible Adventures of Van Helsing II is the purest example of a video game sequel, that being a refinement of the core mechanics while maintaining the base laid down by its predecessor. Developed by NeoCore Games, it takes place in the same universe as the first title and has the same feel as the 2006 movie starring Hugh Jackman in the title role, a Steampunk meets magic eastern Europe with its lush forests and populated cities.

The game follows Van Helsing and his ghostly companion Katarina as they attempt to kill a nefarious enemy. All in all, it’s a suitable story that keeps from being too obnoxious thanks to sharp dialogue and some interesting turns.

If you happen to have played the previous title, you’ll feel right at home with the controls. The usual physical and spell attacks triggered by the right and left mouse buttons apply here as they do in so many other action/RPG’s that have come down the pike since the debut of the genre on the PC. As you’re probably used to as well, you can upgrade these abilities by using XP or by changing the gear Van Helsing carries. 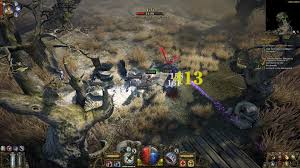 The Incredible Adventures of Van Helsing II also has the Diablo-esque qualities of searching for better and better loot for your character as you forge your way through the game’s gothic-horror tinged world. A positive this game has that you won’t find in almost any other game of its type though (none actually, that I can remember) is that if you’ve played the previous title in the series, you can import your character from before and use his abilities and gear. This is great for those who wish to avoid grinding again from the very beginning and really lets you get into the story without the worry that your Van Helsing might be too weak to go up against the horrors in the besieged city of Borgovia. Oh, and an even better thing is that you can begin the game from level 70 regardless if you played the previous game or not- it’s your choice and, while it might give you an ‘unfair’ advantage right off the jump, it’s a most welcome one.

The graphics have been updated substantially from the previous installment and this game. So much so that they will put some strain on your graphics card if it’s not particularly good. The audio of the game is also much better than before with more timely musical interludes that set the stage perfectly for the on-screen action. And that terrible squelching sound from before has been removed for a more enjoyable slaughter, thank goodness for that.

All in all this title has made enough progress to make it worth owning; it takes enough advantage of the first title and makes improvements aplenty. True, it’s nothing revolutionary when compared to the many indie dungeon crawlers out there (or even the big-budget ones), but the unique atmosphere should be enough for anyone deeply invested in this genre to give it a look.

A young lad on a magical journey through the dark and terrifying world known to many as "the industry". From his hellish prison, Isaac can hear the cries of pain and suffering from those who came before him, only to hear their hearts stop in utter terror. Video games aren't all fun and games kiddies.
Previous E3 2014: More Pre E3 Trailers Getting Leaked
Next E3 2014: Watch the big three’s press events live online