Burial at Sea: episode 2 is almost here to close out the BioShock Infinite story in style and three new screens form the expansion pack are hold some clues as to what gamers can expect from the Elizabeth-centric story pack. 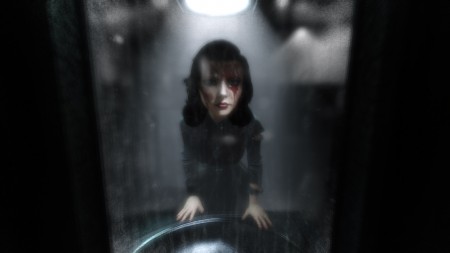 We pick things up right after the close of part 1 of Burial at Sea and find Elizabeth more or less alone in the undersea city of Rapture. More than just a recycle of what’s come before though, episode 2 expands the famed underwater dystopia in brand new ways with areas not seen before in the BioShock universe- in any of the three games.

Have a look at the gallery below to see some of what’s new and get a taste for what you’ll be playing through as Burial at Sea: episode 2 closes out not on the expansion storyline, but also the BioShock Infinite overall arc, which should be very interesting to see as that game had all kinds of mysteries at its conclusion.

Jason's been knee deep in videogames since he was but a lad. Cutting his teeth on the pixely glory that was the Atari 2600, he's been hack'n'slashing and shoot'em'uping ever since. Mainly an FPS and action guy, Jason enjoys the occasional well crafted title from every genre.
@jason_tas
Previous Valiant Comics’ heroes come to tabletop gaming
Next It’s Titanfall. Literally.