How To Survive (PC) Review 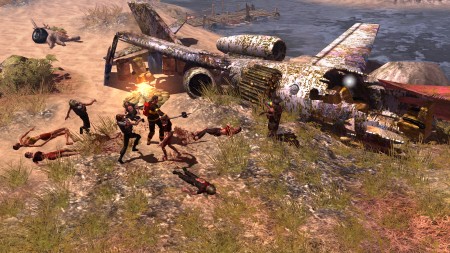 It’s almost a cliché to suggest that zombies are just a little too overdone in this day and age. The days of that fear inducing brief clip of a zombie turning to stare at the fleshy feast in front of it in the original Playstation hit Resident Evil seem like an age ago. Nowadays zombies are almost comic figures in all forms of media, not the terror instilling beasts of yesteryear.

The description for How To Survive sounds like precisely the one that might just nudge a bit of life to this shuffling corpse of a genre. ‘You’re shipwrecked on an isolated island, a desperate castaway in a total freakshow world. How will you survive?’ Alas instead this feels like little more than a cheap rip of the original Dead Island.

For survive, read ‘kill lots of zombies while collecting things/people’. Ideas of built safe houses, zombie slaughtering defenses, and a real feel of being up against a never ending undead onslaught can be cast from your mind immediately. The four islands of action that make up the single player campaign that extends for only a low single digit figure fail to offer any real excitement or thrills that could have culminated in a low budget beauty. 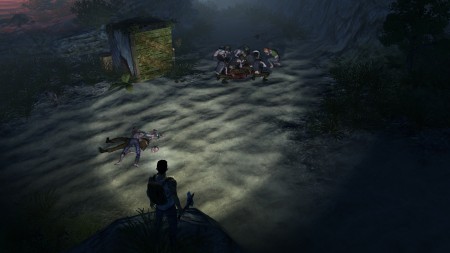 The constant tutorials that last for a hefty portion of the campaign will either amuse or annoy depending on your own love of it’s particular brand of humour. Chances are you’ll long for quick and simple button prompts as opposed to action removed clips to suggest a new inventory combo. They’re not awful by any stretch of the imagination, but once you’ve seen half a dozen you’ll be willing them to end sooner rather than later.

These tutorials play a part in ensuring that the tone of How To Survive never settles into any particular constant mood. One minute all seems dark and foreboding, while the next you’ll be merrily wandering to the next checkpoint to get your next task from an oddly placed monkey. It’s almost like two competing designers – one aiming for a murky tale of zombie based apocalypse, and another eager to introduce some slapstick humour – were both allowed free reign of the sections of the game offered to them. It ensures that you’re rarely terrified of the zombie enemies you’ll be coming up against, but neither will you guffaw out loud as another monkey ‘ooks’ in your general direction.

For the majority of How To Survive you’ll be merrily slashing/blasting at zombies with your home made weaponry, while trotting towards your next collection based objective. Enemies are plentiful, with zombies coming in various flavours. Some are shambling cannon fodder, others clad in armour, and some have mutated into more weird and wonderful flavours.

Weaponry is plentiful too, and it won’t be long until your inventory used to obliterate the hordes consists of a wicked number of items. Some of these items can be slotted together to make stronger armour, more explosive weaponry, and keep your health, hunger, and thirst levels topped up. The crafting system is simplistic to say the least, which might ensure that you spend much less time staring at the inventory screen, but fails to fulfil in the kind of way you may have hoped. 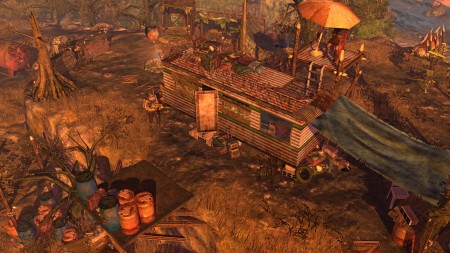 What can cause a standstill though, are the infrequent difficulty spikes. You’ll know them once you hit them, as your laid back zombie slashing suddenly transforms into hectic sweat ridden rushes to a spot you can hopefully thin out the herd before you wade in all guns blazing. Balancing issues like these tend to crop up in lower budget titles not allowed to time for ample playtesting, and How To Survive unfortunately is no different. Needing to ensure your character is well fed and watered is interesting, but far too shallow to add any real worth.

The biggest problem with How To Survive is that is simply doesn’t do enough to raise it above the level of bog standardly average. It incorporates all the features you’d expect of such a title, but none of them have been actioned in such a fashion to help drag How To Survive towards greatness.

The other side of the coin of course is that nothing is done particularly poorly either. There are a few criticisms you can happily throw the developers way – difficulty spikes, diluted crafting system, and supremely short campaign for example – but again, none drag How To Survive into the pits of gaming despair.

Hence that overall there’s little option but to award How To Survive with a decidedly average score. It’s entertaining enough to offer up a few swift hours of fun, but if you’d splashed out full price then you might just be eager for the zombie apocalypse to arrive much sooner.

Chris might have finally reached the age where he really should be starting to 'grow up' but that still doesn't prevent his expansive video game collection from continuing to grow. (Un)Luckily he quite likes to write about them too.
Previous Injustice: Gods Among Us – Ultimate Edition (PS4) Review
Next Mezco brings Walter White to Toy Fair with an exclusive figure