Super Mario 3D World may be longer than you think

There’s been an awful lot of speculation regarding what Super Mario 3D World will be like as of late. It seems we may finally have an idea about how long it will take to beat it. 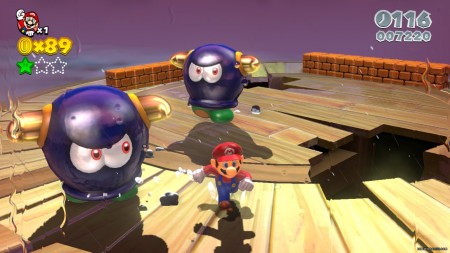 According to a reviewer who has beaten the game already, the game isn’t as short as some players feared it would be. He even hinted at some possible extra content after you’ve finished it. Could this mean a ‘hard mode’ for Super Mario 3D World?

With the trend of recent Nintendo games, it’s reasonable to assume there will at least be some sort of challenging content after you’ve completed the game. The likes of Donkey Kong Country Returns, Kirby’s Return to Dreamland, The Legend of Zelda: Skyward Sword, and Mario & Luigi Dream Team are just one of many examples in which Nintendo’s newest games offer a hard mode of sorts. Some of them include harder enemies and stages, or a limitation on how much health the character has.

If the past is any indication, then players looking for more of a challenge are probably in for a pleasant surprise after they complete this game. If you’re worried about how hard it will be, look no further than New Super Luigi U, as even the most experienced Mario veterans had a tough time with this title.

Well, my name's Christopher Deleanides as you all know and I'm the Nintendo Editor here at BG. I've been playing video games since 1992, and I've been a Nintendo fan the entirety of those years. My love for video games as well as Nintendo hasn't changed, and probably never will. The only thing that comes close is politics, as I'm very deeply involved in both local and international issues.
Previous Nintendo Land missing from the NA eshop
Next Borderlands: Gunsight (Book) Review