“The Choten is leading his army of corrupted creatures through the Veil to conquer the world and only a Kaijudo Duel Master can stand in their way.” 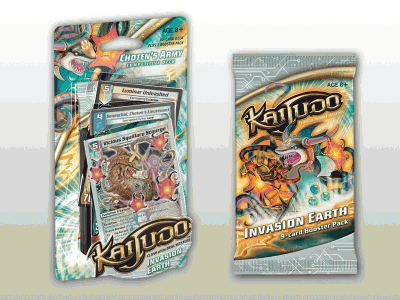 Today marks the release of the newest expansion for the Kaijudo Trading Card Game from Wizards of the Coast. Launched just over a year ago in conjunction with a televised cartoon series, Kaijudo is an increasingly popular trading card game that combines an easy to understand mechanic with an ever-evolving pool of cards that will suit any playing style. For those unfamiliar with the game, each player plays with a deck of forty cards (purchased pre-made, or built from your favorites to suit your style).

Each player has a shield zone containing five cards, with the ultimate goal being to shatter all of the opposing players shields for the win. Like other games in the genre, players must store up mana in order to use the creatures and spells in their arsenals, and so it becomes an intricate dance of playing high and low level creatures to get the optimal effect. It require strategy and skill, but it’s also simple enough for kids age eight and up grasp, making it a great game for families to play together. Every deck comes with full instructions and a playing mat, so newcomers shouldn’t have any trouble just picking up a deck and playing (and there’s even an online component that’s great for honing your skills).

The latest expansion, Invasion Earth, consists of the forty card Choten’s Army competitive deck, as well as a variety of nine card Invasion Earth booster packs (which give players a shot at acquiring some all new super rare cards for their collection). Today, we’re taking a look at the Choten’s Army deck, which offers a whole new level of variety, with cards from nearly every civilization represented. You’ll get every civilization except Fire with this deck, but the majority of cards are of the multi-civilization variety, offering you the benefit of both civilizations in a single card.

You’ll get three uber-cool foil cards with the Choten’s Army deck, each with their own unique abilities. Luminar Unleashed is a multi-civilization (light and water) Corrupted/Enforcer Evolution creature who packs a respectable punch at 7000. He is possessed of the always useful Double Breaker ability (meaning it breaks two shields), as well as Holo-Decoys, meaning that you tap a target enemy creature when yours is tapped. Seneschal, Choten’s Lieutenant is a Corrupted/Cyber Lord from the Water Civilization with Cloaking Field (your corrupted creatures cannot be targeted by opponent spells less than level 5) and Second-in-Command, which allows you to draw a card whenever one of your corrupted creatures attacks. Seneschal, Choten’s Lieutenant only strikes at 3000, but his abilities make him well worth his spot in your deck.

Finally, my favorite of the foil cards is the Vicious Squillace Scourge (that’s a mouthful, isn’t it?). He is a multi-civilization (water and darkness) Corrupted/Leviathan/Chimera who is sure to be one of your top hitting cards at 9000 power. He has three abilities – the popular Evolution and Double Breaker, as well as Crushing Assault. Crushing Assault, when used skillfully, really has the potential to turn the tides in a game, making all of your corrupted guards unblockable while also bestowing them with Slayer (when a Slayer card loses, the enemy creature is banished as well).

With three cool foil cards that will make any collector swoon, the Choten’s Army deck packs a wallop in the form of variety and corruption. There are cards from nearly every civilization represented, as well as tons of multi-civilization cards to mix things up, there is sure to be something in this deck for every playing style.

U.S. Senior Editor/Deputy EIC at BrutalGamer, mother of 5, gamer, reader, wife to @MacAnthony, and all-around bad-ass (no, not really)
Previous Nintendo brings back sport with Wii Sports Club on the Wii U
Next Captain Toad feature reavealed 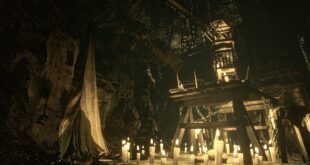