Home / News / Blood of the Werewolf tearing into Steam

Blood of the Werewolf tearing into Steam

The PC is about to howl at the moon courtesy of old school platformer, Blood of the Werewolf. 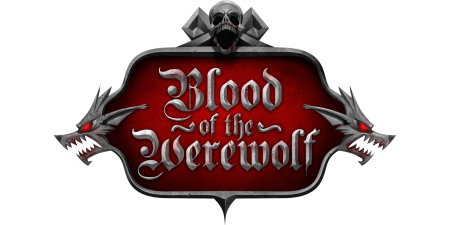 Blood of the Werewolf centers on Selena, a woman leading a dual life as a loving wife/mother and one of the last werewolves alive. Her husband murdered, her child kidnapped, Selena sets out with nothing more than a crossbow and a thirst for vengeance. Traverse ten exciting levels and five boss battles as you seek out your son, held captive by the one and only Dracula. Experience dynamic gameplay using Selena’s crossbow to thwart enemies from a distance, while bringing the fight up close and personal in werewolf form – instantly transforming by the light of a full moon. Full air controls add to precision jumps – with a special double jump for werewolves only. Fully upgradeable weapons and hundreds of hidden collectables await you along your journey. Discover ancient talismans to unlock the true power and potential of your werewolf abilities. Online leaderboards track your best time, number of deaths and level ranks to support bragging rights and competition with friends. Don’t forget to keep your eye out for fireflies; they often lead to special hidden surprises!

I don’t know if it’s just me, but ‘old school’ platformers have certainly seemed to be making a comeback as of late. The genre, which was all but non-existent for a long time, has surged back with a vengeance. Blood of the Werewolf is looking like a pretty solid addition to the genre too with a horror feel and a premise that takes the classic ‘Universal’ type beasties and re-imagines them for modern audiences.

Developer Midnight City says that they’ve tried to mimic the coin-munching arcade machines of the past in terms of difficulty too, which is good news for fans of the tough-as-nails classics. Find out if blood is thicker than quarters (not that you’ll be needing them) when Blood of the Werewolf arrives on the PC on October 29th- just in time for Halloween.

Jason's been knee deep in videogames since he was but a lad. Cutting his teeth on the pixely glory that was the Atari 2600, he's been hack'n'slashing and shoot'em'uping ever since. Mainly an FPS and action guy, Jason enjoys the occasional well crafted title from every genre.
@jason_tas
Previous Skylanders SwapForce (Xbox 360) Review
Next Shadowman #13 (Comics) Preview