As a fan of old school J-RPGs and as someone who has played through all of Namco Bandai’s Tales series, I was really looking forward to the release of Tales of Xillia, but was it worth the wait? 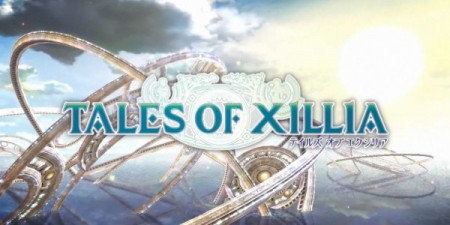 When starting the game, you have the choice between one of two characters, androgynous male character, Jude Mathis, and the female Milla Maxwell, I chose to start the game as Jude. Set in a world in which humans and spirits live in harmony, the story starts of with Jude searching for his missing professor in a military research facility, where he witnesses a powerful weapon called the Lance of Kresnik absorb the professor. Just when Jude was about to become the next victim, “Lord of Spirits” Milla comes in time to save him, at the cost of having her “Four Great Spirits” absorbed by the Lance of Kresnik, as a result, Milla loses her powers and they are both forced to retreat. This sets up the quest for both protagonists to destroy the weapon. which is a threat to both humans and spirits alike, along with going on a journey of self-discovery and all that rubbish. There’s actually alot more to the plot, but I’d rather not go too much into it, as I feel the story itself ends up becoming so complex at times to the point where it gets lost up its own backside.

As expected with most J-RPG games, along your travels you end up meeting all kinds of wacky and crazy characters that join your party.There’s the mercenary Alvin, magician Elize, who carries a talking floating doll called Teepo, butler/tactician Rowen, and Jude’s childhood friend (yeah, I know, all these J-RPG games have at least one of them) Leia.

The gameplay is where this game really stands out and is the main reason why I’m such a fan of the Tales series. you control the main character on a field map, where you can run in to enemies to initiate the battle screen, you can also sneak up behind the enemy to get the advantage on them. During battle, you control one character, while the other three are AI controlled, you have two different types of attacks, normal physical attacks with the X button, and Artes based attacks with the O button, which uses up TP (Technical Points.) Different type of attacks can be used for both physical and Artes depending on which direction you have the left analog stick pressed, however, you are limited to how many attacks you can pull off depending on your AC (Assault Counter.) One change in this game from Tales of Graces that I didn’t like, was the new evasion system, you can no longer evade side-to-side, only back and forward, but when timed correctly, your character does a Dragonball Z style teleportation behind the enemy, which is pretty cool…….. I guess.

The linking system is something I’m a really big fan of though, you press the d-pad in the direction of whichever character you’d like to link with and you can perform combination attacks with them. Normally, with most J-RPG games, you don’t get to level up all the characters equally, due to there being too many members in the party, but this game counters that by letting you switch characters mid-battle, by pressing the R3 button and the d-pad in the direction of the character you would like to replace, which allows you to gain XP for characters outside of your starting members.

You can gain new Artes, Skills, and Stats by using a new feature known as the Lilium orb, which is pretty similar to the Node system used in Final Fantasy X. Every time one of you characters level up, you gain a certain number of orbs to fill in empty slots linked together like a spider web, by filling up each area of the web, a new section opens up, untill you get a second Lilium orb to fill in.

The main problem I have with this game is the same issue I have with every game in the Tales series, and that is weak characters. For some reason or another, whether it’s bad storytelling or lack of character development, I can never seem to empathize with any of the characters in the game. I should be able to feel some kind of emotion whenever tragedy strikes, but I never seem to feel anything, don’t get me wrong, I’ll be the first to admit that I’m misanthropic, but that doesn’t make me completely heartless and I feel the series as a whole should be doing more to develop stronger characters. Also, the plotline itself is really irritating at times to say the least, I mean, how many times must you get betrayed by the same person before you learn your lesson? And having to listen to Leia’s loudmouthed whinging and moaning makes me want to put my fist through the screen.

Although, I did praise the linking system earlier, that doesn’t mean it comes without faults, like several different occasions when I’m in the middle of laying the smackdown on the enemy, my linked partner decides to guard me from enemy attacks when I’m the one that’s beating the snot out of them, you have to wonder if my allies are trying to protect me or the enemy at times. The number one thing that annoys me the most about this game above all else though, is the meaningless backtracking without getting any kind of reward from it all, and just to top it all off, you’ll end up going through various different areas of the field map, which are all surrounded by monsters, you finish the mission that you set out for, sit through a long cut-scene, but guess what happens next? That’s right, you have to make your way back all the way through those monster filled areas just to get back to town. Luckily, the only thing that makes it bearable, are the funny skits you get to listen to between the characters by pressing the select button.

Like I said earlier, I’m a big fan of the Tales series of games and that hasn’t changed with this addition into the series, however, I felt as though the game clearly outstayed its welcome in terms of length. I really love playing games that last a long time, as long as the story is good enough to keep you immersed, but storytelling is one of this games biggest weakness, and did very little to keep me engaged. Far too much backtracking, which helps with grinding I guess, but I felt at times the difficulty of normal and Boss battles were somewhat unbalanced at times.

I was slightly dissapointed with the soundtrack, as normally I’m a big fan of the work Motoi Sakuraba puts in, but this wasn’t his greatest work and it certainly wasn’t on par with some of his earlier work. The voice acting was pretty bland as well if I’m being completely honest, with the exception of Travis Willingham (the most awesome voice known to man) who absolutely kicked butt as King Gaius. Despite this games faults, it’s one that all J-RPG fans will enjoy for gameplay alone, but then again, that is what made this series so successful in the first place.

I've been a gamer since I was a child (which is going way back when) the very first console I owned was the Sega Master System, during my time as a gamer I have pretty much come across nearly every console including the Bally Astrocade(which requiered cassette tapes to play games) so I have broad range of knowledge when it comes to video games. My favourite game of all time is between Shadow Hearts (a rare gem of an RPG released for the Playstation 2) and Final Fantasy VIII.
Previous Harbinger #16 (comics) Preview
Next Buzzkill #1 (comics) Review 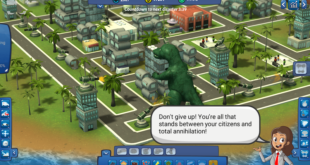 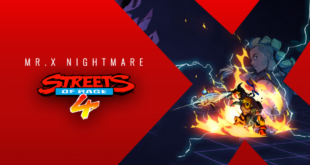 One of the nicest surprises of 2020, could Streets of Rage 4 get any better? …