The 7th issue of the Wolverine: Japan’s Most Wanted Infinite Comic went on sale today. Which, for Logan, basically means more trouble. 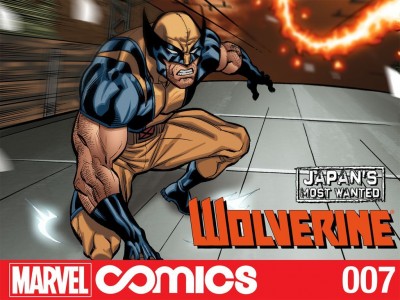 After his exhaustive battle with the Silver Samurai, what more can Wolverine possibly take? Fellow X-Man and Avenger Sunfire may have the answer—but it may not be the one that Logan wants to hear!

Sunfire is a criminally underused character, so it’s always nice to see him pop up anywhere. I didn’t realize he’s on the roster of the Avengers though. Interesting to see as more and more X-Men and Avengers become interchangeable. As a part of current Wolverine & the X-Men continuity, the Japanese mutant’s presence in this tale just might have some lasting repercussions too.

In any event, Japan’s Most Wanted #7 is a part of the Infinite Comics label, which means that the digital-only book was  designed with tablets and reader devices in mind. It’s also ready for both new and old fans and comes from the creative team of Jason Aaron, Jason Latour and Paco Diaz- so what’s not to like?

Jason's been knee deep in videogames since he was but a lad. Cutting his teeth on the pixely glory that was the Atari 2600, he's been hack'n'slashing and shoot'em'uping ever since. Mainly an FPS and action guy, Jason enjoys the occasional well crafted title from every genre.
@jason_tas
Previous Gamescom: DICE unloads new Battlefield 4 news
Next Shadow of the Beast to get remake on playstation 4