A sim with originality, Pro Cycling Manager Season 2013 is definitely something new. 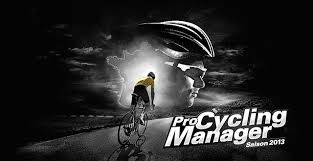 The video games industry seems to suffer from sequel desire, this meaning that we tend to enjoy the same rehashed games year after year (Call of Duty). They may get minor improvements but they are usually the same exact thing. Such is the situation with simulators.

We get one almost everywhere and they usually consist of the same features with some minor graphical and control improvements. Not that sims are bad, but they don’t really amount to much; I mean how realistic is it to control a tractor with a keyboard? I’m sure that isn’t a real simulation of a genuine tractor.

And so comes in Pro Cycling Manager Season 2013. The series has been running since 2008 and besides a more powerful graphics engine, seems to consist of the same principles as the first one. Why would we need 6 iterations of what’s basically the same game with new bikers and companies? It would make more sense to just track real bike races. Still, the game is good as far as sims go… although that’s not saying much.

Now, being new to the franchise, it was very difficult to get into. I would not recommend this unless you are familiar with the Cycling Manager series because it does not do much in the way of getting new players used to the depth of such a sim. It has a small tutorial which more or less tells you what buttons do what, but as far as telling you how to use these to help you get into the game, there is next to nothing. 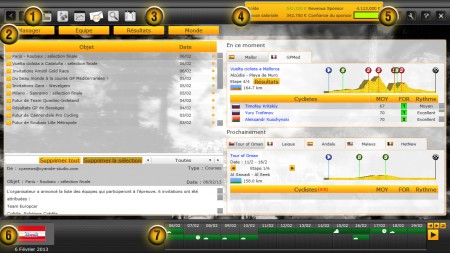 You start off the single player campaign at the beginning of the year, you manage one squad of bikers and are responsible for getting them ready for the Tour of France. This means helping them win minor races and getting more supporters to get better gear and better training. Rinse, dry, repeat. By the time you’ve done this 10 times, you just want 2013 to end. You are always greeted back to your “pc” a backdrop calendar and email space. You get emails from your sponsors and race managers and you use the calendar to plan training for your squad. You can’t have them train every day or else they start straining themselves and become next to useless.

When it comes to actually racing, you have 2 choices, you can either get involved and control your racers or you can hope their stats are good enough for you to pass the race entirely. This is when the game uses some complex algorithm and decides the winners and losers. Getting into the race means you control the speed of the racer. You can’t control their direction though, so that makes getting a corner advantage an issue. You can however control when they can get more water and food. This is extremely important or else they start staggering behind. 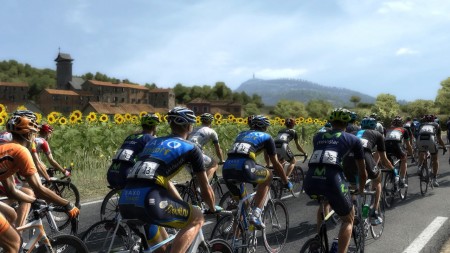 If anything, this is a very pretty game, using the best lighting. Because the races last throughout the day, you can see the sun rise and set through the hours. This causes shadows and helps make the biker’s colorful suits stand out even more.

The bikes themselvess are particularly well detailed, as would be expected, and the game really resembles a top notch racer in terms of graphics. Some infuriatingly repetitive techno plays in the background though, and makes your mind itch just from hearing it nonstop. It would have been great if they could’ve licensed some pop music to match the perky overtone of the game.

This is a game for those dedicated to the simulation genre. For those people who like figuring things out themselves and who like controlling schedules and people.

For those who think this is a racing game with bikes, then I do not recommend you pick this up. It’s got good depth and replayability but it’s hard to get into as a beginner. Only for those who have played the last versions of this series.

A young lad on a magical journey through the dark and terrifying world known to many as "the industry". From his hellish prison, Isaac can hear the cries of pain and suffering from those who came before him, only to hear their hearts stop in utter terror. Video games aren't all fun and games kiddies.
Previous New Avengers #9 (comics) Preview
Next The Elder Scrolls Anthology announced for PC