Let me just start by saying that I am a huge fan of games of skill; puzzle games that have you examining the story, the characters, and the environment to come to logical conclusion about what needs to happen next. Those logical conclusions do not have to be immediately apparent – in fact, it’s a better game all around if you have to work for those answers. So nothing gets me more disappointed than a puzzle type game that is far more random chance and trial and error than anything resembling true puzzling abilities. 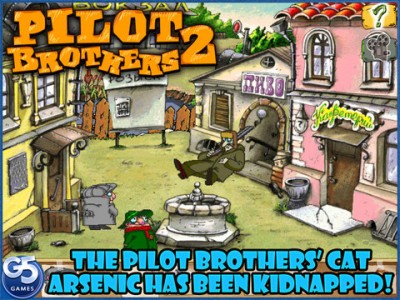 Pilot Brothers 2 is the latest mobile release from G5 Entertainment, a company known for releasing a plethora of mostly high quality casual games. Like the first game in the series, it is based on a Russian cartoon of the same name, that follows two brothers name Colleague and Chief. In this game, the Pilot Brothers’ cat, Arsenic, has been tragically kidnapped by an experimental chef who is a bit too experimental. It’s your job to help the brothers rescue their endangered kitty before he becomes Chef Sumo’s latest entree.

If you are familiar with the first Pilot Brothers game, then you should expect more of the same with the sequel. The story is more implied than given, and each area of the game pretty much plops you down and expects you to figure it all out, without any clues or guidance whatsoever. Sometimes, this sort of approach leads to some really great puzzle action, wherein you examine the environment and figure out which items logically (and at times, not so logically but often comically) can be combined to solve the riddle. In the case of Pilot Brothers 2? Notsomuch. 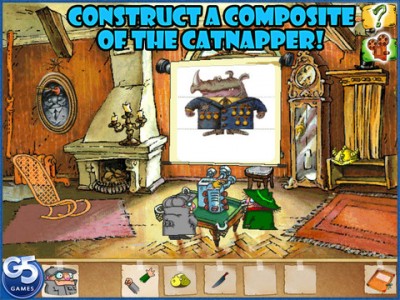 I’ve made no secret of the fact that I wasn’t a fan of the first game in the series, and the second one didn’t do it for me either. The thing is, the solutions to each area often make no sense whatsoever, even once you know what they are. And even if you can figure out what to do, you are often hampered by the fact that you might be doing the right thing, with the wrong brother. In Pilot Brothers 2, you are able to use either brother at any time, and you often need to use them in concert to solve certain puzzles. The problem is, each thing that needs to be done can only be done by a certain brother – but there isn’t really any logic to it as far as I can tell.

Without a true logic component, the only way to figure out which brother to use is to try them both, in various combinations. The problem with that is, most solutions require things to be done in a specific order, which means that you must keep doing things over and over to get just the right order of operations, using just the right combination of brothers doing them. It is maddening, because you aren’t using your brain at all (unless you count the memory game of trying to remember the exact order). It is pure trial and error much of the time – and that just isn’t gaming to me. 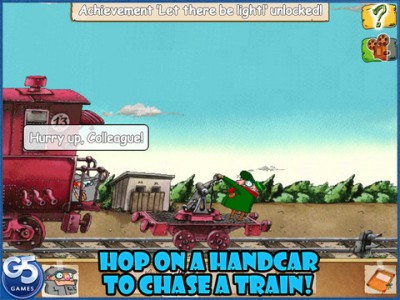 Luckily, if you do get stuck in Pilot Brothers 2 (and I don’t think you can avoid it), the hefty hint system from the first game is repeated here. There are rechargeable hints that can be used after a small waiting time, to help you along with the next step. And if you get really stuck, after a while, you are actually able to play a video that shows you the entire solution to the area you are playing. To me, the fact that the game even needs to offer a full video detailing the solution is a bit of a red flag, but it’s even more so when you watch the solution and are hard pressed to find any sort of meaning in most of the tasks you perform. This is less puzzle game, and more click on everything until you figure it out. In the absence of even a great story to help it along, it just equaled a game that was not fun to play. 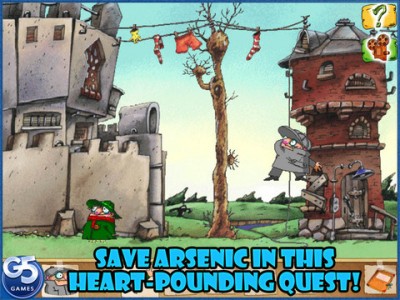 Pilot Brothers 2 follows in the footsteps of the first Pilot Brothers game. With little story to speak of, no real logic to any of the solutions, and gameplay that is more trial and error than true puzzle action, it’s a disappointing release from a company that usually offers much better.