Home / Comics / Marvel announces their next big event with Infinity

Marvel announces their next big event with Infinity

Infinity is a word that long time comic fans probably most readily associate with the Mad Titan- Thanos. So does the brutal warlord figure into the upcoming blockbuster event? You bet your gauntlet he does. 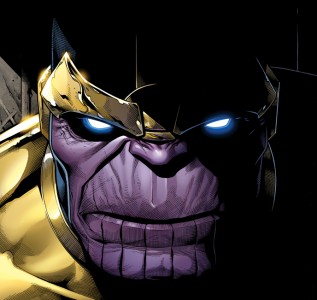 Thanos has returned in a very big way to the Marvel Universe. Hes got a starring villain turn in the next Avengers movie and now it looks like he’ll be making trouble on a biblical scale for Earth as the Avengers are ‘out of town’ so to speak and the only ones left to stand in his way are the Inhumans.

Earth has been marked as an “Avengers World”, protected by Iron Man, Captain America, Thor and more from the deadliest threats facing humanity. A powerful and destructive race is on a collision course with Earth and the only thing in their path is the Avengers! But even Earth’s Mightiest Heroes realize the one hope of defeating this dire threat is to unite every great hero across the cosmos…because only with a united Avengers Universe is there any chance of survival!

Fans can get a sneak peek at Infinity as it’s actually Marvel’s entry in May 4th’s Free Comic Book Day. FCBD: Infinity will feature two ‘stories’, as the book starts with the “opening shots” of the Infinity event and then concludes with a solo Thanos story that’s never seen reprint before and tells the current origin of the mysterious character.

According to Axel Alonso, Editor in Chief of Marvel, the book falls right in line with what’s been happening in the Marvel U as of late (and in the Marvel Cinematic Universe as well) and furthers the tying-in of the Earth-based and more cosmic heroes.

“Events stories simply don’t come bigger than Infinity,” said Axel Alonso, Editor in Chief, Marvel Entertainment. “ Jonathan Hickman is joined by three of our top artists — Jim Cheung, Jerome Opena and Dustin Weaver — to deliver an epic tale that covers all corners of the Marvel Universe and narrows the gap between Earth and the cosmos like never before.  It’s called the ‘Marvel Universe‘ for a reason.”

Look for Infinity to arrive soon (no release date as of yet) and FCBD: Infinity to land on racks on May 4th- both from Marvel Comics.
Share

Jason's been knee deep in videogames since he was but a lad. Cutting his teeth on the pixely glory that was the Atari 2600, he's been hack'n'slashing and shoot'em'uping ever since. Mainly an FPS and action guy, Jason enjoys the occasional well crafted title from every genre.
@jason_tas
Previous Telltale deals Poker Night 2
Next DST’s Munsters rev up the hotrod for series 3