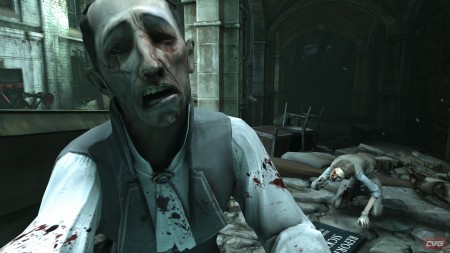 According to data that has appeared on PS3Trophies, there is some new DLC coming to Arkane Studios’ Dishonored, and it will be story based DLC.  It is supposedly called ‘The Other Side Of The Coin’ and new locations gathered from the trophy descriptions include Rothwild Slaughterhouse and Timsh’s Estate.  Neither Arkane or Bethesda have officially announced the DLC yet.

Mike is Brutal Gamer's Indie Editor. He has been playing video games since the early 90s and is fond of racing games, puzzlers and MMOs. Typing /played while in WoW makes him cry, but not enough to stop him playing some more.
@Ognawk
Previous What is ‘Marvel #1’?
Next Win a fowl TERA Rising mask from Brutal Gamer