Home / industry / Rumor: No pre-owned games for next XBox

Rumor: No pre-owned games for next XBox

Here we go again. According to a report, the next XBox will not play pre-owned games and require an ‘always on’ internet connection. 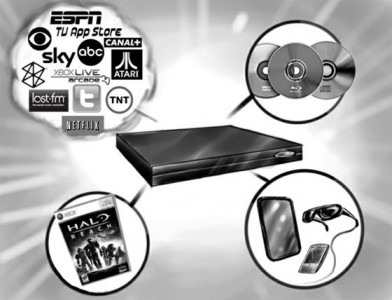 Edge magazine is citing sources with claimed “first hand experience” with Microsoft’s next Xbox console in a piece that outlines some of what we might be able to expect from the new system. According to the sources, the console will lock out pre-owned games via an authentication key similar to what PC games use and will require an always active ‘net connection to function.

The article also says that a redesigned and improved Kinect will ship with the console and that the next Xbox will have a massive hard drive with an eye towards more heavily digitally distributed content. Edge is also quick to point out though, that the console will still very much offer games at retail in a physical form- it’s just that these (reportedly) 50GB Blu Ray discs will have no use past the original owners.

While that’s a fact that would go a long way towards effectively killing off the used game market (which would be completely finished if Sony followed suit), I could easily see it happening. Companies haven’t been enamored with used games pretty much since the second-hand market started up since publishers (and developers) see no revenue from them.

As for the always on internet connection, I can’t see Microsoft not having an ‘offline’ mode for the next Xbox.

Whatever it’ll be, we’ll more than likely find out pretty soon as the PS4 is rumored to be announced later this month. An Xbox announcement shouldn’t too far behind.

Editor: Don’t get excited, that picture is an artists mock-up

Jason's been knee deep in videogames since he was but a lad. Cutting his teeth on the pixely glory that was the Atari 2600, he's been hack'n'slashing and shoot'em'uping ever since. Mainly an FPS and action guy, Jason enjoys the occasional well crafted title from every genre.
@jason_tas
Previous Marvel unveils the Secret Origin of Tony Stark
Next Avatar now Airbending on Dark Horse Digital