A chance to play through Lara Croft’s back catalogue. 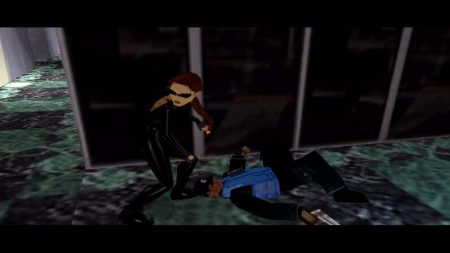 With the new Tomb Raider game due out in a few months, now might be a good time to get acquainted, or re-acquainted, with Lara Croft’s earlier adventures.  Steam can help with that, as they’ve released all the older Tomb Raider games for you to play.

Priced at $9.99/€9.99/£6.99 each, Tomb Raider 1, 2 and 3, along with The Last Revelation, Chronicles and Angel Of Darkness are all available for you to download and play.  We had a chance to play the new Tomb Radier at Eurogamer Expo, and were quite pleased by what was on show.  The new Tomb Raider is scheduled for release on 5th March 2013.

Mike is Brutal Gamer's Indie Editor. He has been playing video games since the early 90s and is fond of racing games, puzzlers and MMOs. Typing /played while in WoW makes him cry, but not enough to stop him playing some more.
@Ognawk
Previous Mike Capps steps away from Epic presidency after 10 years.
Next The Indie Royale Winter Bundle Is Upon Us