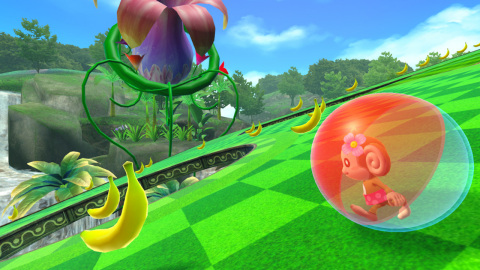 That actually is kinda bananas

After a hit or miss September, the Switch is coming alive big time for the first week of October. And by that, I of course mean it’s getting a ton of new games. And a good chunk of those come with big names.

So what’s out now, or coming soon? Super Monkey Ball Banana Mania is the headlining title, and it’s understandable why. SMB is a pretty big series, and one that’s not been seen anywhere for a while. But as usual, I have to vehemently disagree with Nintendo’s choice. That’s because there are much more interesting launches hitting.

Start with Hot Wheels Unleashed, a fantastic (according to us) racer starring the evergreen Hot Wheels license. Then there’s Nickelodeon All-Star Brawl, a Smash-like fighter that’s packed with Nick stars, and has been eagerly anticipated. How about Death’s Gambit: Afterlife, a 2D action adventure title that looks pretty incredible.

Want even more? Well, aside from all of the above, there’s also Astria Ascending (which is also very nice indeed according to us), and the return of a couple of classics with Actraiser Renaissance and the Castlevania Advance Collection.

So you’ve got a lotta choices, is my point.

** When taking photos, please be mindful of your surroundings. Ensure you have adequate room for gameplay.

Jason's been knee deep in videogames since he was but a lad. Cutting his teeth on the pixely glory that was the Atari 2600, he's been hack'n'slashing and shoot'em'uping ever since. Mainly an FPS and action guy, Jason enjoys the occasional well crafted title from every genre.
@jason_tas
Previous Trailer: Death’s Gambit: Afterlife hits PC and Switch, coming soon to all major platforms
Next Iconic Starship Troopers IP comes to life in Terran Command, complete with free timed-demo