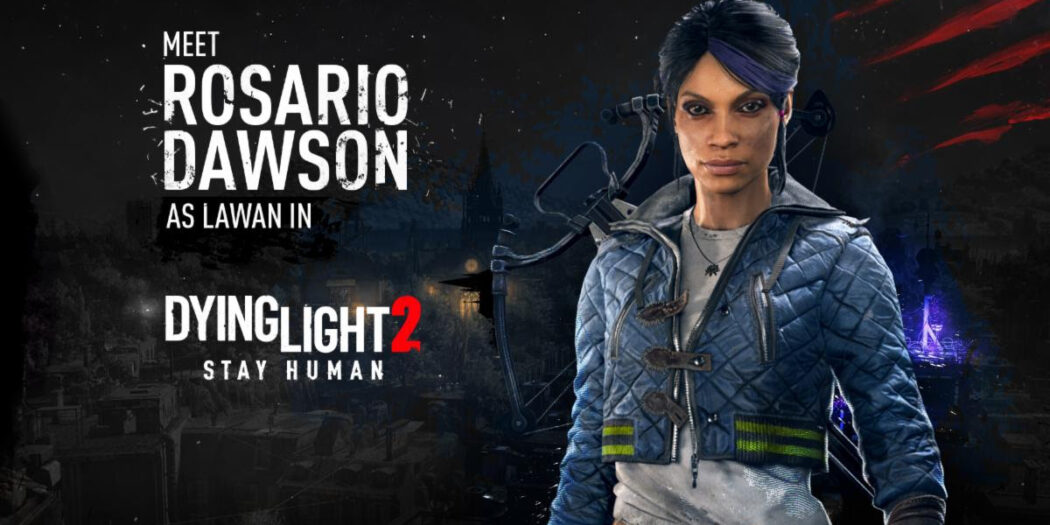 Dying Light 2: Stay Human is getting more impressive by the week. Adding to that is the addition of a major Hollywood talent with actress Rosario Dawson. She was revealed as playing a character called Lawan at the latest Dying 2 Know. If you’re unaware, that’s a developer diary series of videos that has been revealing more and more about the game.

In D2K #4, Dawson’s Lawan was announced to be a major character in the game’s story. Maybe just as impressive as the addition of her though, was that the music for the game is being created at Abbey Road Studios. That’s quite a big name, as the UK studio has played host to the likes of The Beatles, Pink Floyd, and U2.

The fourth episode of D2K introduced Lawan, a new major in-game character portrayed by Rosario Dawson (The Mandalorian, Sin City). During the show, viewers learned more about Lawan’s role in the Dying Light story and her relationship with main protagonist Aiden Caldwell. Check out the episode on Dying Light’s YouTube channel.

Techland shone a UV light on Dying Light 2 Stay Human‘s vast open world, with developers giving more details on how players’ in-game choices will revive The City and give hope to rebuild civilization.

Dying Light 2: Stay Human debuts on February 4th, 2022 on the PS4, PS5, Xbox One, Xbox Series X|S, and PC. There will be a Nintendo Switch edition as well, launching on the same day, that’ll take advantage of the console’s Cloud streaming tech.

Jason's been knee deep in videogames since he was but a lad. Cutting his teeth on the pixely glory that was the Atari 2600, he's been hack'n'slashing and shoot'em'uping ever since. Mainly an FPS and action guy, Jason enjoys the occasional well crafted title from every genre.
@jason_tas
Previous Astria Ascending (PS5) Review: Headed in the Right Direction
Next Trailer: Death’s Gambit: Afterlife hits PC and Switch, coming soon to all major platforms