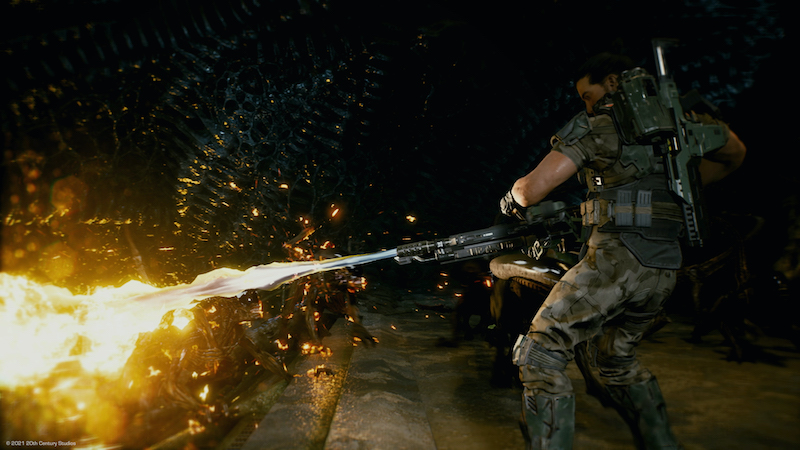 Home / News / Trailer: Take on the hive with Aliens: Fireteam Elite this week

Trailer: Take on the hive with Aliens: Fireteam Elite this week

Out as of right now, Aliens: Fireteam Elite offers up three-player co-op gameplay where gamers can play through 4 brand new story campaigns.

The hive is alive

Aliens: Fireteam Elite drops your fireteam of hardened marines into a desperate fight to contain the evolving Xenomorph threat. With over 20 enemy types, players must face off against waves of terrifying Xenomorph and Weyland-Yutani Synthetic foes alongside two players or AI teammates, as they desperately fight through four unique campaigns that introduce new storylines to the Alien universe.

The game allows players to customize their own Colonial Marine, choosing from an extensive variety of classes, weapons, gear, and perks, battling overwhelming odds in this heart-pounding survival shooter experience.

Jason's been knee deep in videogames since he was but a lad. Cutting his teeth on the pixely glory that was the Atari 2600, he's been hack'n'slashing and shoot'em'uping ever since. Mainly an FPS and action guy, Jason enjoys the occasional well crafted title from every genre.
@jason_tas
Previous Hack and slash classic Enclave coming to consoles this fall
Next Tony Hawk’s Pro Skater 1 and 2 (Switch) Review