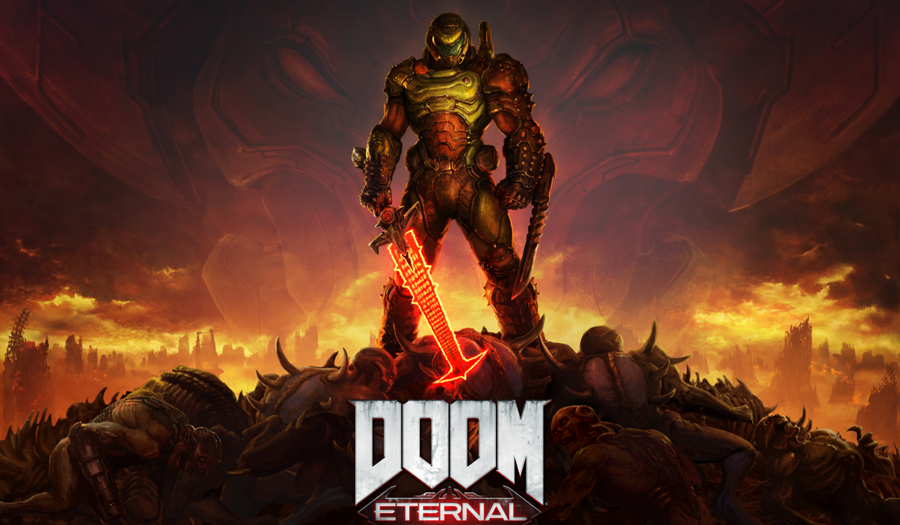 At long last, Nintendo gamers can get knee deep in the dead again. Bethesda and id Software’s Doom Eternal has finally arrived on the Switch.

It’s been a little bit of a strange road for the Switch port of Doom Eternal. The FPS sequel was released earlier this year for other platforms, and the Switch version was intended to hit retail at the same time. As launch was approaching though, it was delayed with no new date given.

That’s a status that lasted for quite some time, with the Switch version seemingly landing in development-purgatory. But that’s not actually what was happening. Bethesda apparently just wasn’t saying much about the game’s progression, but it indeed was moving forward.

Created in conjunction with Panic Button, the title is out now on the Switch, after being re-confirmed a short time ago. And if the studio name sounds familiar, it should. Switch gamers probably know it best from their ports of other Bethesda titles like DOOM (2016), Wolfenstein II: The New Colossus, and Wolfenstein: Youngblood. All of those came out of Panic Button, and all of them were pretty impressive.

From the looks of their version of Doom Eternal, it’s likewise looking good.

The idTech-powered title comes with all the trimmings on the Switch. You’ll be able to dig into the campaign, as well as the best-of-5 round Battlemode. If you haven’t played it, that’s Eternal’s ,multiplayer mode and has a player-controlled Doom Slayer squaring off against a pair of player-controlled demons. There’s even a little bit of an addition in this new edition, in the form of gyro-assisted aiming. That’s a nice option if you’d like more of a ‘mouse and keyboard’ feel to play.

Jason's been knee deep in videogames since he was but a lad. Cutting his teeth on the pixely glory that was the Atari 2600, he's been hack'n'slashing and shoot'em'uping ever since. Mainly an FPS and action guy, Jason enjoys the occasional well crafted title from every genre.
@jason_tas
Previous Marvel Comics’ Alien #1 landing in stores this March
Next Trailer: Override 2 shows off its career mode