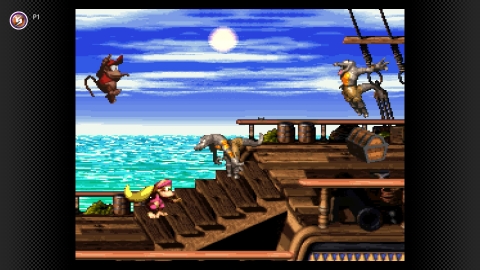 Nintendo has announced the latest content drop for the Switch’s online subscribers. Donkey Kong Country 2 and 3 more arrive next week.

All about the bananas

I have to admit that I thought the second Donkey Kong Country game was already on the Switch’s online SNES. But that’s not in fact the case, as of right now anyway.

It’s a status that changes next week though, as Nintendo drops 4 more classics from the NES and SNES. If you’ve lost count, that ups the ‘free games’ number up to over 90.

Of course, and as usual, all of those are available only for subscribers of the Switch’s paid online services. If that’s you though, then you’ll be playing the below as of September 23rd.

Jason's been knee deep in videogames since he was but a lad. Cutting his teeth on the pixely glory that was the Atari 2600, he's been hack'n'slashing and shoot'em'uping ever since. Mainly an FPS and action guy, Jason enjoys the occasional well crafted title from every genre.
@jason_tas
Previous Trailer: Build a viking city in… Viking City Builder
Next Cuphead (PC) Review