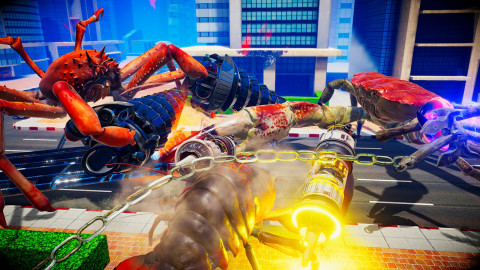 Lots of smaller releases hitting the Switch this week, including some gems like Adventures of Pip, the arcade version of Contra and more.

This week may not bring a ton of big names, but what we do get is a whole lot of smaller releases. Nintendo highlights Wintermoor Tactics Club, as well as Bake’n’Switch, and of course Fight Crab, which finally makes itself available this week.

But past those, there’s a pile of other games. Some of it’s pretty good stuff too, like an Arcade Archives version of the classic Contra, and Gemini Wing.

Scroll down and have a look, see what catches your eye.

Jason's been knee deep in videogames since he was but a lad. Cutting his teeth on the pixely glory that was the Atari 2600, he's been hack'n'slashing and shoot'em'uping ever since. Mainly an FPS and action guy, Jason enjoys the occasional well crafted title from every genre.
@jason_tas
Previous Trailer: Go from simple pixel to 16bit hero in Adventures of Pip
Next 13 Sentinels gets art book bonus