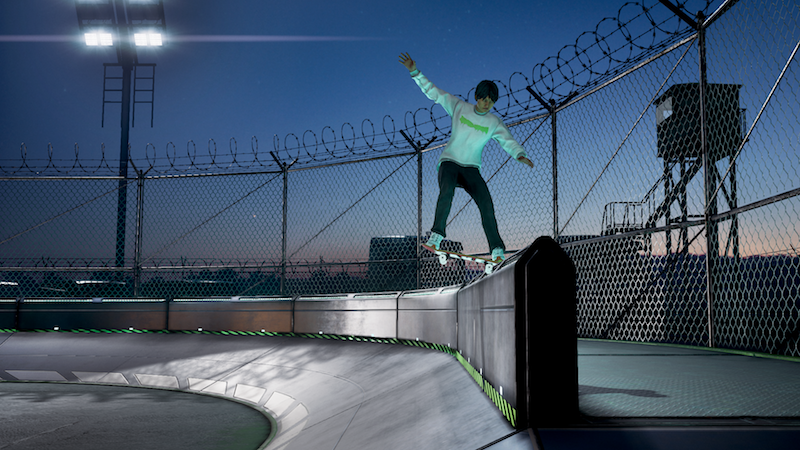 One of the most-anticipated games of the year, Activision’s and Vicarious Visions’ remaster of Tony Hawk’s Pro Skater 1 and 2 is out right now.

It’s time to get those combos pumping again, as the legendary Tony Hawk’s Pro Skater 1 and 2 are back. The games, bundled together in one pack, are finally out and have hit retail for consoles and the PC.

But while these pack in a ton and a half of nostalgia, the pack isn’t 100% what you might remember. Not to say that these aren’t the originals, completely remade for a new generation, because they are.

On top of that layer of classical goodness though, there’s a bunch of added stuff. That includes tricks taken from subsequent THPS releases, and a new roster of skaters. Fans will find their faves like Hawk, Caballero, and Burnquist, but also the likes of Riley Hawk, Nyjah Huston, Lizzie Armento, and more.

Along the same lines, Create-a-Skater and Create-a Park are both back as well, though with some additions. Brand new custom options, and the ability to share parks online headline there.

To celebrate the launch of the game(s), Activision has put together something pretty slick too. They’ve actually rebuilt the entire Warehouse level from the original THPS, in the real world.

And yes, they’ve gotten the main man to actually go to work on it.

“I’m thankful for the quality and care that Activision and Vicarious Visions have put into the remaster to revive the Tony Hawk’s Pro Skater series in the best way possible,” said Tony Hawk. “For years, fans have asked me about bringing these games back, and I’m proud to say that we finally have a game that delivers on the expectations that nostalgic fans want, while inspiring a new generation to pick up a controller, and perhaps even a real skateboard.”

Ready to hit the park? Tony Hawk’s Pro Skater 1 and 2 is available now on the Xbox One, PS4, and PC (via Epic). Out in a trio of flavors, there’s a standard, Digital Deluxe edition (packed with extras), and a full-on Collector’s Edition.

The CE is pretty slick too, if you can still find it. Not only does it include the game, and the Digital Deluxe extras, but it also comes with a limited-run Birdhouse deck. Yes, as in an actual skateboard deck.

Oh, and if you want a little behind the scenes action on the video above, check out Vans’ YouTube channel tomorrow (September 5th) at 9am Pacific time. Should be fun.

Jason's been knee deep in videogames since he was but a lad. Cutting his teeth on the pixely glory that was the Atari 2600, he's been hack'n'slashing and shoot'em'uping ever since. Mainly an FPS and action guy, Jason enjoys the occasional well crafted title from every genre.
@jason_tas
Previous Trailer: Connection Haunted brings spooky techno-terror
Next Trailer: Explore, harvest, build and survive in As Far as the Eye