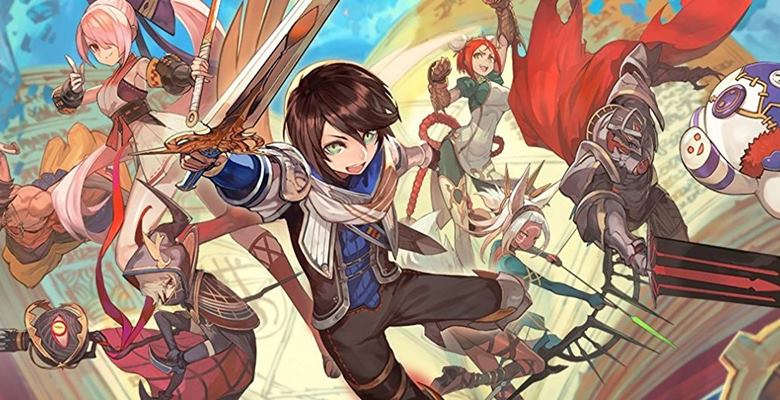 Ever want to make your own game, but find it a bit daunting? Well you can make (and play) your own with NISA’s RPG Maker MV on the Switch.

I’m not a game developer by any stretch of the imagination, but I’ve always been blown away by the creativity of people who have a passion and love for making games. I feel we should support, encourage, and be inspired by that joy.

Since 2014 my role in this industry has been writing about video games and conducting interviews, and it never really crossed my mind that one day I would find myself trying to create my own RPG from scratch. That’s the beauty gaming as a hobby though, sometimes it can truly take you in a different direction. Though not without a bit of apprehension.

I was nervous when I took on this assignment, to review RPG Maker MV. And that nervousness turned into a big ball of anxiety in the pit of my stomach. My curiosity though, won out and gave me the courage to play a game I was unfamiliar with but heard about years ago.

I was, without a doubt, in for a huge learning curve and there were many questions racing in my mind: “Was I required to build an RPG from scratch?” “Am I cut out for this?” “What if I screw up?” The only way to calm me down was by acknowledging the anxiety I felt.

It took me a few minutes to get the clarity I needed which helped me come up with an idea― what if I stepped back and approached this review from the eyes of a gamer instead of a game journalist? I understand it’s our job to review games with a critical eye but sometimes this can blind me and I forget my own heart as a gaming nerd. That’s the root of where my love of video games started. I was a gaming nerd before I became a journalist.

Spending time with RPG Maker MV helped restore my authenticity and re-opened the door to my gaming past. In this article you will see the journal entries I kept throughout the week I played RPG Maker MV, raw and unfiltered. I embraced this experience with a lot of faith and I trust my faith.

A Gaming Past Revisited

In the early 2000s, there was a website called RPG Revolution and it was home to many creative individuals and one-of-kind projects. It became a place I visited daily as I loved seeing how passionate people were and how they used an RPG Maker program to bring their stories and worlds to life. I downloaded a few projects to play and some were bad, some were funny, and some were so good that I felt they should’ve been commercially sold! The creative heart of the community remained intact for years until the website shut down.

It was a rainy Sunday afternoon and as RPG Maker MV downloaded on to my Nintendo Switch I decided to prepare my writing space appropriately. As a writer, it’s essential to have an environment that’s not only comfortable but increases concentration and brainpower as I would be playing the game and taking notes. A lot of notes. And a cup of hot tea didn’t hurt either. Once everything was squared away it was time to embark on this adventure, and once I took a deep breath my adventure began.

Here are my RPG Maker MV journal entries to give you an idea of what was going through my mind at the time. (You can click on the images for a full size)

RPG Maker MV On The Go!

Previous RPG Makers were released on PC but now you can create RPGs in the palm of your hand from anywhere you are. The character design and presentation is charming and adorable.

In addition, you can share what you create with others. Or if you prefer to just play various creations, that’s alright as well. You can script a full RPG if you want to though.

Getting Your Groove On

There is a lot of music you can choose from, including:

You can also choose the voices for your characters. I didn’t explore this section too deeply, but it’s impressive that you can customize your RPG this deeply, and make so much of it tailored to how you like!

I LOVED customizing my characters. I think I spent a whole day just customizing and watching some ideas come to life in front of me.

RPG Maker MV is accessible to anyone who wishes to create their own RPGs.

It’s best to head into this game with a plan, outlining what you want to do first, then executing. Though I didn’t craft a game from scratch using RPG Maker MV, it’s easy to see that just winging it wouldn’t be the best way to go. This is an incredibly deep piece of software, and one that budding designers could seriously make some magic with.

But whatever the case, if you have a creative itch that you can’t seem to scratch, then this game is for you! Don’t be afraid to use the available resources linked below to get you started.

Have faith and allow yourself to spread your wings.

A copy of RPG Maker MV was provided by NIS America for review purposes.

It's not for everyone, but if you have an interest in developing your own RPG -and the time to put into it- go for it!

Hey! I'm Nadia! I am a big fan of RPGs and you can almost always catch me playing one in my spare time. Writing is my passion, and my intention is that you all learn something through my work!
Previous Trailer: Explore, harvest, build and survive in As Far as the Eye
Next Trailer: Take a closer look at SNK’s Neo Geo MVSX