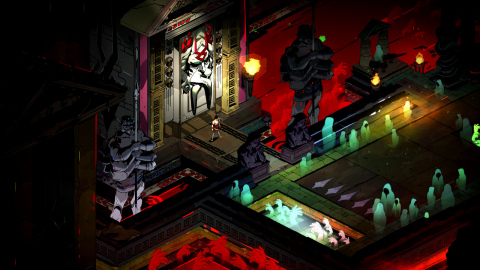 Check out the full list of Switch games shown off at yesterday’s Indie World, including Raji, Hades, Torchlight III, and a bunch more.

The indies are coming

Since its release, the Nintendo Switch has had a healthy dose of indie gaming. That was mighty welcome too, since the Wii U had all but completely neglected that corner of the industry.

Indies have of course, exploded in to a major part of the gaming landscape in the time leading up the Switch’s release. And since, they’ve become an equally major part of Nintendo’s lineup.

That’s more than evident with the launch of Indie World, a variant of the company’s Nintendo Direct presentations. The difference between these and regular old Directs being that the Indie World shows are all about… you guessed it.

So what was shown at yesterday’s Indie World? Quite a bit.

Fans got looks at Torchlight III, as well as newly announced games like Raji and Spiritfarer. Then there was the new stuff coming to Untitled Goose Game, Subnautica, and more.

All in all, it was an impressive look at what’s on the horizon for the Switch, as well as some games that are out right now. Have a look at the full roster of titles below, or hit ‘play’ on the player and watch the show in its entirety.

Coming to Switch is:

Jason's been knee deep in videogames since he was but a lad. Cutting his teeth on the pixely glory that was the Atari 2600, he's been hack'n'slashing and shoot'em'uping ever since. Mainly an FPS and action guy, Jason enjoys the occasional well crafted title from every genre.
@jason_tas
Previous Four bonus freebies posted to Amazon’s Prime Gaming
Next Nintendo Download: Emerge From the Shadows Into the Light