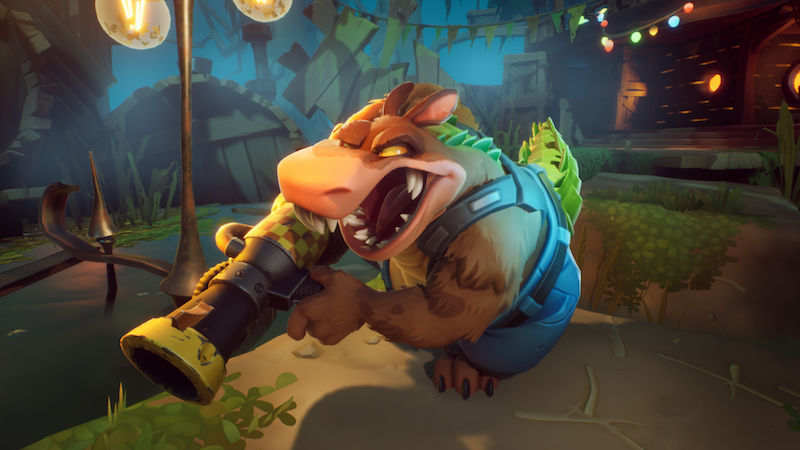 Crash fans eagerly awaiting the fourth (official) game in the series are going to want to see what was revealed at yesterday’s Sony event.

A ton of new info was released yesterday about Crash Bandicoot 4: It’s About Time. That’s including a lengthy look at gameplay, highlighting all of that new stuff.

Now, if you can’t (or don’t want to) watch the trailer right now, then there are some highlights. For one thing, you can play as not only Crash this time around. Any level that Crash can take on, his sis Coco can too. But the fun doesn’t stop there.

You an actually play as both Neo Cortex, Crash’s main villain, and Dingodile. Yes, you can play as some villains, though in the case of Dingo, he’s not a villain anymore. Not really, anyway.

Past that, there are also new masks, and new outfits. Developer Toys for Bob has gone wild with the idea of Crash changing his outfits, and has included a whole mess of them that you can unlock through play. These are just cosmetic, but some of them look like tons of fun. And also, according to Activision, you won’t have to worry about purchasing any of them.

And finally, there’s a big time new mode to talk about. The new mode of play adds in fresh graphical looks. Some of them are pretty incredible too, like spinning to splash paint around an otherwise white course. Check out the trailer for a look. It’s worth it.

“Toys for Bob has pulled out all the stops modernizing this classic franchise, from bringing to life visually stunning worlds, to creating a wide breadth of content and new ways to play, like N. Verted mode and additional playable characters,” said Michelle Bresaw, Vice President of Product Management and Marketing at Activision. “We’re confident this is a sequel fans have been waiting for, staying true to the franchise, while also bringing a fresh, new experience.

Crash Bandicoot 4: It’s About Time hits the PS4 and Xbox One on October 2nd.

Jason's been knee deep in videogames since he was but a lad. Cutting his teeth on the pixely glory that was the Atari 2600, he's been hack'n'slashing and shoot'em'uping ever since. Mainly an FPS and action guy, Jason enjoys the occasional well crafted title from every genre.
@jason_tas
Previous Black Widow is back in another new #1 from Marvel
Next Coming up: The Games of August 2020