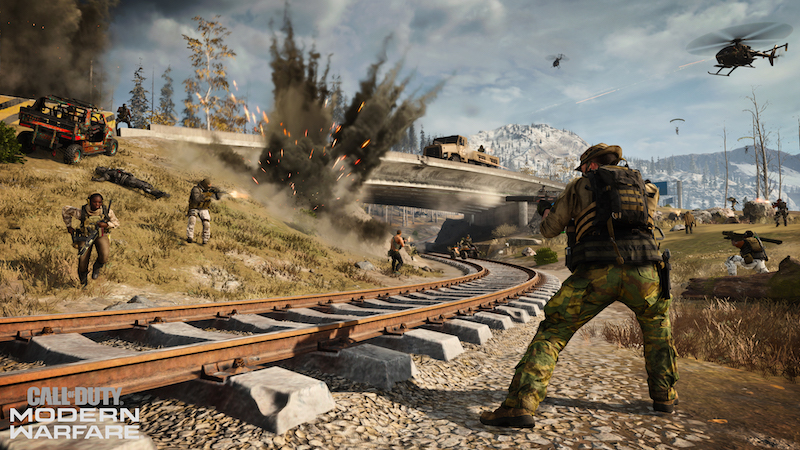 Call of Duty: Modern Warfare is kicking off its fourth season of content today with new maps, match changes and more.

If you’ve been playing Call of Duty’s latest entry, then you might be dug in pretty deep into its multiplayer. One of the staples of the franchise, CoD’s multi remains a favorite for fans across pretty much all of the various sub-series’. Of course, that includes Modern Warfare. So far, MW has had three expansions to its online play, and it’s now got number four.

Season 4, kicking off today, includes more of what has kept players I the game till now. Three new maps have arrived for starters, with all being playable across Multiplayer, Ground War, and Gunfight. On top of that, players get a new character to field with CoD legend Captain Price.

Looking for something a little… bigger? Well no worries, because Warzone has some fresh additions as well. Further building out Modern Warfare’s biggest mode are three new in-match updates with Fire Sale, Jailbreak and Supply Chopper. Then there’s even more with the new limited-time modes, Juggernaut Royale and Realism. Need even more? Warzone is expanding player-squads in its 50 v 50 “large team battle”.

Yep that’s a lot of Duty. You can catch it all starting today, or read a ton more about the additions here, on Activision’s Game Blog.

Jason's been knee deep in videogames since he was but a lad. Cutting his teeth on the pixely glory that was the Atari 2600, he's been hack'n'slashing and shoot'em'uping ever since. Mainly an FPS and action guy, Jason enjoys the occasional well crafted title from every genre.
@jason_tas
Previous Death Stranding’s PC tech specs revealed
Next Sony to reveal PS5 details today at 1pm pacific