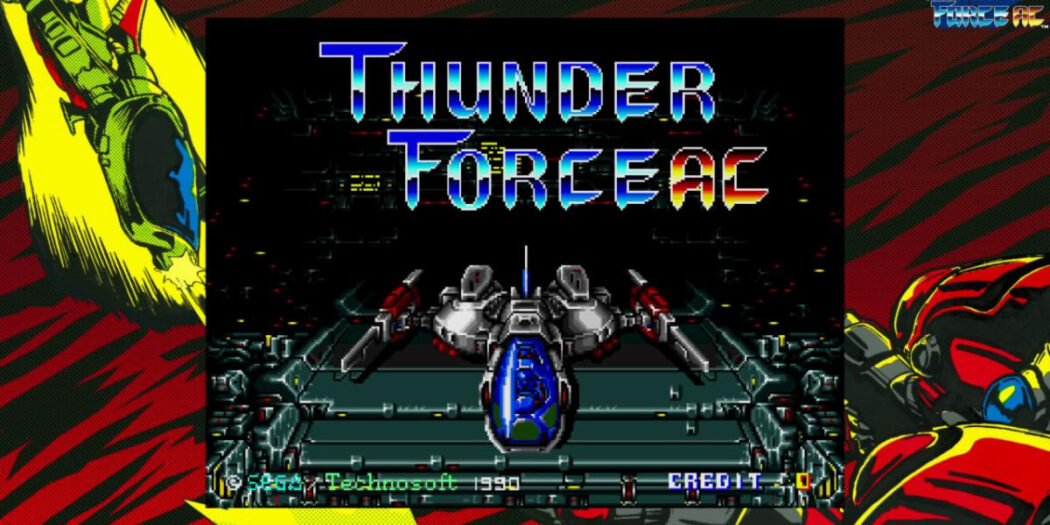 Sega Genesis shooter turned arcade title Thunder Force AC is almost ready to blast away on the Nintendo Switch, as a part of the Sega Ages collection.

Thunder Force AC is the subject of today’s Sega announcement, but there’s a twist. AC is the arcade version of Thunder Force III on the Genesis. The arcade port marked the first time that the series made its way into the former video game hotspots.

And this is an adaptation of the arcade version through and through. Well, sort of. Gamers who’ve been playing Sega Ages titles will know that Thunder Force AC will have some added tricks and goodies.

Those include a ‘kids mode’, leaderboards, and save states.

In addition to the above, you can obviously expect stereo sound for “most” of the game’s audio. Sega has worked in both “CRT-like” Vintage and arcade cabinet backdrops too, and save states. I’m sure that last part will get you just a little further than you might’ve gotten back in the day.

Get ready to rock, Thunder Force AC will land on the Switch on May 28th, and will run you $7.99 USD.

Jason's been knee deep in videogames since he was but a lad. Cutting his teeth on the pixely glory that was the Atari 2600, he's been hack'n'slashing and shoot'em'uping ever since. Mainly an FPS and action guy, Jason enjoys the occasional well crafted title from every genre.
@jason_tas
Previous Fallout 76 gets a roadmap for 2020’s content
Next Check out Tony Hawk’s Pro Skater 1 and 2’s soundtrack