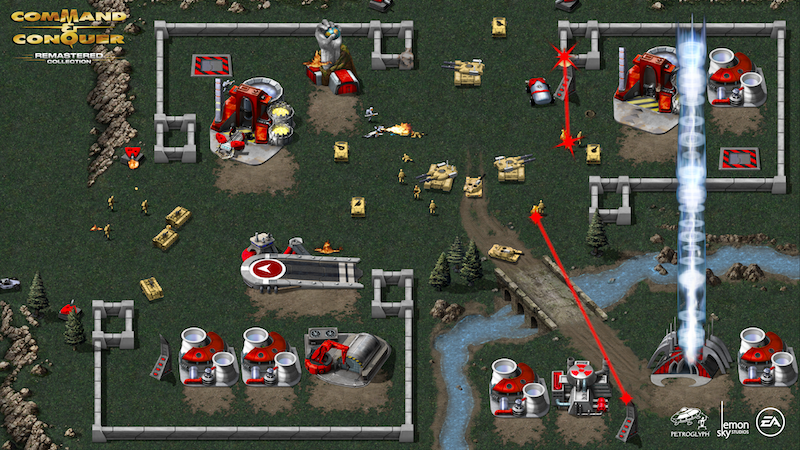 Command & Conquer is far and away one of the most celebrated real-time strategy games ever. The series is fairly well respected across the boards, but it’s the original C&C and Red Alert that usually get the lion’s share of praise. And that’s just what’ll be included in the new Command & Conquer Remastered Collection.

The first part of a fresh initiative to get the C&C franchise back to life, the Remastered Collection will include:

So you get base games and expansion packs alike in this one. And while there will play just like the classics that you might remember, they will look and sound a fair shake better. The games will star 4k graphics, “enhanced UI”, a completely remastered soundtrack, and “rebuilt” multiplayer.

This week, EA is giving us a little tease of what that’ll mean with a trio of new screenshots. While it’s certainly not a ton to go off of, at least it’s something to keep fans itching to dive into C&C once again.

Ready for action? Command & Conquer Remastered Collection is set to land on PC’s on June 5th. You can pre-order a copy, or check out a ton more on it, at EA’s official page here.

Jason's been knee deep in videogames since he was but a lad. Cutting his teeth on the pixely glory that was the Atari 2600, he's been hack'n'slashing and shoot'em'uping ever since. Mainly an FPS and action guy, Jason enjoys the occasional well crafted title from every genre.
@jason_tas
Previous Burnout Paradise speeding onto Switch in June
Next Twitch Prime free games for May include Snake Pass and more, and lots of loot