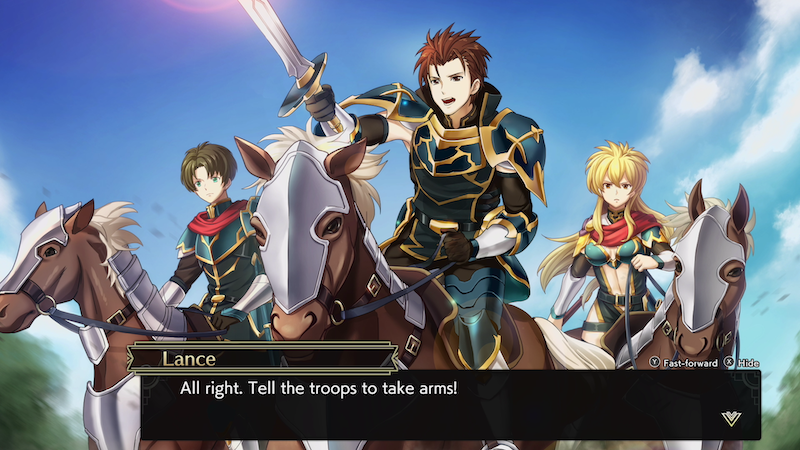 When you think of the genre “TRPG” or Tactical Role-Playing Game, classic titles like Final Fantasy Tactics, Valkyria Chronicles and the Devil Survivor Series are sure to come to mind – and for good reason. These games are iconic and are beloved classics that have stood the test of time and they may still be enjoyed up to this date.

On the other hand, the Langrisser series deserves a whole lot of love because they were a pretty big deal back in the day. And when they were released for the Mega Drive back in the early 1990s, people loved them so much that the series quickly earned a cult following.

I myself discovered the Langrisser series in the early 2000s as I was looking for more RPGs to quench my thirst for gaming. When I saw how the series melded fantasy with somewhat more realistic aspects (instead of just outright tropes), I loved it. Now 20 or so years later, a complete remaster has seen release. I was lucky enough to have been able to review the saga in its entirety.

Langrisser I & II are Tactical RPGs, which are basically turn-based RPGs. In them, you control units on top of a game board instead of individual characters. Each battle is decided by how well you manage your units, conserve your resources (such as health, healing items, mana and weaponry) and arrange your unit placements.

Each stage of the game is separated into chapters. And finally, each chapter starts with a brief introduction to what’s happening to your band of heroes. From there you head into the battle phase (which includes the preparation phase and the results screen) and then the epilogue to that certain period/portion of the story.

While that doesn’t sound like a lot, I put in a ton of time to completely finish both Langrisser I & II. That might be because I had a lot of time on my hands, but also because those games really deserved my time, affection and attention. Maybe that’s the reason why my review is at least a month late, but I genuinely did enjoy playing both I and II.

Okay these games are almost 30 years old, you have to keep that in mind. But even so, the remastered character re-designs, the locales and everything else is just so well done that Langrisser I & II look completely different and modernized.

A certain feeling of boredom tends to hit me whenever I play older games, and I mean that with no disrespect to the classics. These games though, look incredibly great. I especially love the new character portraits and how colorful the backgrounds and maps look.

It’s also amazing how you can shift between the old designs and the remastered ones whenever you want via the options menu. That’s definitely a strong point for both classic purists and newer fans of the Langrisser games.

Here’s the thing; if you’ve read most of my reviews, you would know that I place a lot of importance on voice acting, music and ambiance. In this case, the music for Langrisser I & II is a complete callback to the JRPG soundtrack of the 90s. It’s got a heavy emphasis on drums and some awesome guitar riffs.

The remastered OST pays a lot of respect to the original soundtrack, released in 1991, but some of the tracks could have probably remained untouched. It honestly would have helped to preserve the feeling of nostalgia. It’s just a minor complaint on my end, but it’s nothing that ruins the experience of the game so far.

Langrisser I & II each have multiple endings that are influenced by certain decisions that you may make (or may not make) in the game. This allows both games to be enjoyed in different ways. And it actually rewards the players with multiple endings. That’s great to see, and makes subsequent playthroughs worth engaging in.

If I were a purist gamer from the 90s, I would love the newer and better Langrisser games. And if I were a younger gamer from the 2010s, I would have an easy time falling in love with these for the first time, because they translate well to the modern gamer’s tastes. These games perform well and play smooth, and the gameplay is just so timeless and enjoyable.

All in all, I had a really great time with Langrisser I & II and I consider these titles an essential part of the average RPG gamer’s library of games on the Nintendo Switch.

Langrisser I & II is an excellent re-imagining of two beloved classic Tactical-RPG games. It's a bang for your back as you're getting two beautifully remastered games with multiple endings and compelling characters, and is a jolly good time. A perfect pick-up for while everyone's stuck at home.