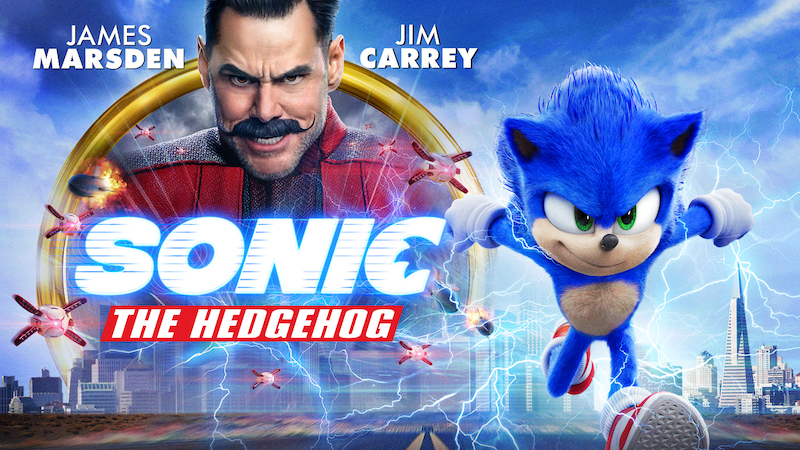 Continuing a trend for films released during the current pandemic, Sonic the Hedgehog will be speeding onto home video early, landing next month.

If you’re reading this some time down the line, then there’s a little bit of a setup to this story. Namely, that the entire globe is in the middle of a viral pandemic.

The severity of the response has been debated as of late, but at present, huge swaths of the world’s countries are more or less completely closed for business. No stores (outside of grocers etc), no services, and most definitely no movie theaters. The chances of spreading the coronavirus are just too high for that kind of prolonged contact with others.

So where does this leave the movies that are coming out now, or hit just before the crisis? Well, it leaves them heading to home video earlier than intended. This way fans can buy them and see them eve though they’re homebound. The latest announced for this kind of an initiative is none other than Sonic the Hedgehog.

Sonic released last month, so it has been out for a while. Nonetheless, Paramount is pushing it to home video asap, which translates to this month. March 31st is the date, to be exact, when you’ll be able to catch Sonic digitally.

If you want a disc, you’ll have to wait a little longer, until May 19th. Hopefully we’re all still not in the current position by then.

Jason's been knee deep in videogames since he was but a lad. Cutting his teeth on the pixely glory that was the Atari 2600, he's been hack'n'slashing and shoot'em'uping ever since. Mainly an FPS and action guy, Jason enjoys the occasional well crafted title from every genre.
@jason_tas
Previous Free Comic Book Day 2020 postponed
Next Doom Eternal smashes records in debut