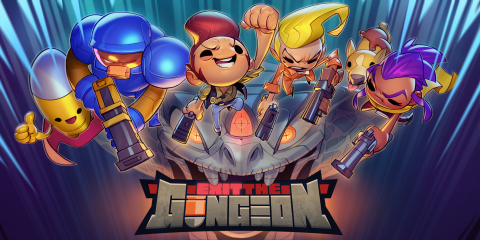 The Switch is no stranger to independently developed games, and yesterday’s “Indie World” Nintendo Direct showcased what’s on the way.

There’s actually a lot to cover in terms of yesterday’s Indie World show. Not the least of that is the sequel to Enter the Gungeon. That should be a marquee indie game and is actually available right now.

There was a ton more though, and the list is a long one. As such, I’m not going to bother with much of a lead-in here. Instead, I’m just going to advise that you scroll down the page, and have a peek at what’s to come.

Here are the bullets:

Additional indie games highlighted in the video that are coming to Nintendo Switch this year include Blair Witch from Bloober Team, Bounty Battlefrom Dark Screen Games, Dicey Dungeons from Distractionware Limited, Ghost of a Tale from SeithCG, Sky: Children of the Light from thatgamecompany, Superliminal from Pillow Castle and Wingspan from Monster Couch.

Jason's been knee deep in videogames since he was but a lad. Cutting his teeth on the pixely glory that was the Atari 2600, he's been hack'n'slashing and shoot'em'uping ever since. Mainly an FPS and action guy, Jason enjoys the occasional well crafted title from every genre.
@jason_tas
Previous Exclusive in-store covers on tap for Marvel’s Empyre
Next Intellivision Amico gets first gameplay trailer