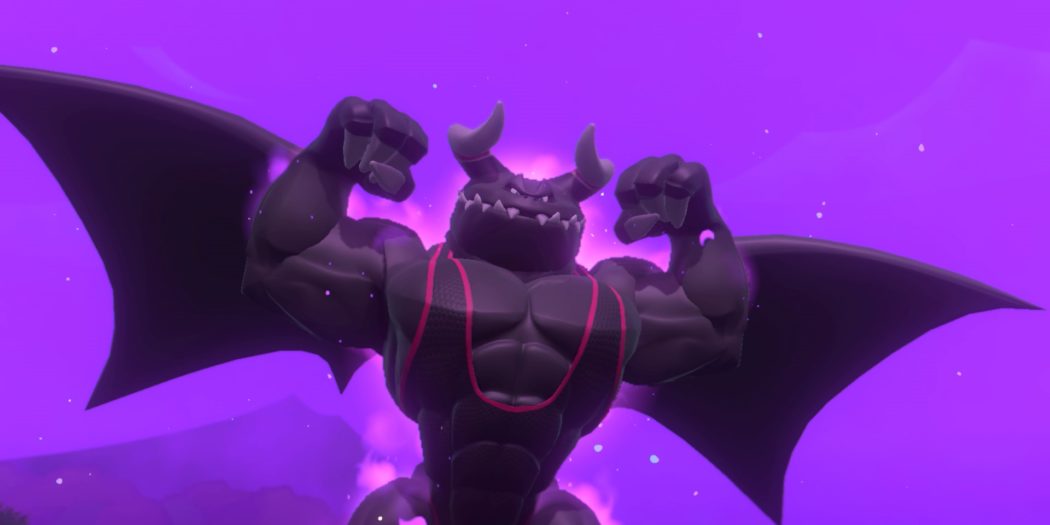 2019 was a year of bizarre adventures and incredible co-op. Lots of action games stumbled in their stories, but the thrills were delivered just as I wanted them. In no particular order, these are some of my favorite games from 2019.

Fire Emblem: Three Houses came on the back of the most disappointing Fire Emblem games the series has seen in America. Fates burned my convictions that Intelligent Systems could do no wrong and punished me for blindly dropped eighty dollars on a sub-par package.

Fire Emblem: Three Houses doubled down on multiple story paths and, at first glance, anime clichés. But while a school setting seems out of place next to Fire Emblem or Fire Emblem: Path of Radiance, it built a cohesive and interesting world for Three Houses. The characters were excellent and the story-telling and maps worked together much better than in Fates. While there were still poorly executed maps and unfinished story elements, Fire Emblem Three Houses restored my faith in the series.

And for the record: if you root for Edelgard, you need help.

World War Z is the zombie game I’ve always wanted. Chunky, gorey, meaty zombies that die just as easily in their dozens as in their hundreds are the perfect fodder for video game shooting. While other games have made them frustratingly spongy, World War Z keeps them feeling fleshy. Facing down waves of the undead with friends is just as fun the first time as the last in World War Z, and with persistent leveling and weapon unlocks, there’s all the more reason to keep mowing them down.

The regular updates throughout 2019, and new horde mode, have only made jumping back in all the more tempting.

Speaking of regular updates, Conan Unconquered received several in the first few months of its lifespan that turned it from a good co-operative base-building survival RTS with performance issues to a great co-operative base-building survival RTS with fewer performance issues. Such smart changes as 30% faster movement speed, multiplayer saves and autosaves, and smarter AI regarding the spreading and expunging of fires hugely improved the experience.

Not to mention, the overly priced premium DLC character was made free, alongside a new ranged hero. Giving developers are always appreciated, and led to us gifting a few more friends a copy in late 2019. It’s too bad we still can only play in pairs, though.

Concrete Genie is a relaxing, heartwarming game of artistic expression. Beauty is made easy with an intuitive and magical paintbrush that lets the player turn every wall into a canvas filled with enchanted genies and natural marvels. Bringing the manageably open-world town of Denska back to life is a pleasing joy. The story culminates in a breathtaking finale that excuses any issues I had with the rest of the build-up.

I highly recommend it.

Ring Fit Adventure is as much a lifestyle as a game, and I’ve been busting out squats and yoga poses daily since I first fired it up in 2019. I swear it’s the menu music. It gets me jazzed up to work out a sweat every time, and I hate sweating.

I also hate squatting. And yoga poses. But put a dragon in it, and apparently that’s all it takes. I freaking love this adventure, even if I’m not sure my glutes will make it to the end. If you want a fun way to stay in shape, then be sure to check it out.

Borderlands 3 is the game every preceding Borderlands only aspired to be. The multitude of guns actually feel inventive and varied throughout the adventure. In the beginning of the game, my whole squad would switch into brand new common weapons just to share their effects.

By the end, only the legendaries mattered, but each one of them was a mind-blowing piece of equipment. From snipers that spawned volcanoes on kill to shotguns that fired bullets across a grid, each gun had to be tried to be believed. Best of all, they felt impactful through to the end, avoiding the typical loot-game issue of enemies that got spongier than your weapons could handle.

The story took itself overly seriously during the main quest, but we still had the side missions to enjoy the outrageous humor that has made the series what it is. Borderlands 3 is a fantastic co-operative shooter.

Risk of Rain 2 brings the rogue-like into the third dimension. The early-access game launches soon in 2020, but in the meantime has been an absolute blast of co-operative monster-slaying and stat-stacking. Mods ease out the competitive nature of hoarding chests and let you build broken characters that can wipe out foes before you’ve even seen them, and have led to hours upon hours of risk and rain.

Be sure to bring some friends along for the ride. Like many games from 2019, Risk of Rain 2 is best enjoyed with company.

Tetris 99 is free for anyone who pays for Nintendo Online, and absolutely worth a download. I typically dislike versus Tetris, and while the issues I have with it are only compounded when you have 98 opponents vying for the same place, the rush is so much that they can be ignored.

The game has received a huge amount of post-launch updates throughout 2019 that serve to reward the player even further than simply tracking T-spins and victories. From user emblems to bot fights and team battles, Tetris 99 is stocked with fun ways to play.

Tetris 99 is the complete opposite of Tetris Effect, which is incredible when they are fundamentally the same game. The difference making the falling-block puzzler a battle royale makes is astounding.

Astral Chain may over-use clichés in its writing (seriously, how many times is someone going to jump in front of an enemy attack to take the fall?), but its gameplay and world are astonishingly fresh. Every combat fight can be approached in what feels like hundreds of different ways. This is all thanks for the five different legions and their different abilities and attacks.

Wearing the arm legion to pummel foes with dozens of hits before switching to the beast to chain foes into place so that you can land the arrow legion’s shots never gets old, and neither does any of the other combinations.

The music is some of the best of the year, from the streets of Central City to the basement of the Task Force base, riveting and relaxing when it needs to be.

Like many of Platinum Games’ titles before it, Astral Chain is a game that needs to be played to be understood, and is only more fun the better you get.

From Kingdom Hearts 3 and all the way through to Fall’s Daemon X Machina, 2019 has been all about fantastically engaging Japanese games with abysmal writing efforts. Daemon X Machina’s every cut scene and dialogue should be skipped so that you can spend your time shoulder-deep in the stuff that actually matters: co-operative robot-and-boss-busting action.

While I really want to give a nod to the wickedly sick customization for your pilot and mech, the best part of Daemon X Machina is also the best song of 2019.

The main theme that plays on the title screen is absolutely incredible. The build-up comes in steps, each more impressive than the last. I remember sitting there in awe when I fired up the demo, and every every play session I let it sit there on the TV just so I can enjoy it.

Ape Out: Short and simple gaming paired with gameplay-centric jazz culminate in a conclusion that perfectly encapsulates the rage of a rampaging gorilla.

Persona Q2: I skipped Etrian Odyssey Nexus to make room for Persona Q2, the Persona/Etrian mash-up sequel that brought in the cast of Persona 5. The movie motif was a great way to structure dungeon crawling in unique environments.

Link’s Awakening: Link’s Awakening shows its age and Gameboy origins in design, but the aesthetic is so adorable and the fundamentals are so strong that it was still easy to pour my December into this game.

The Alliance Alive HD Remastered: Trying to fit in a JRPG is tough, and 2020 doesn’t make it look any easier.

Outer Wilds: The conceit of this 2019 action-adventure sounded mesmerizing when I heard about it during E3, with a world that evolves over the course of 22 minutes before restarting.

The Outer Worlds: Trying to fit in a western RPG is tough too, and despite not being a Fallout fan, The Outer Worlds still made me want to force the issue.

Wargroove: I’m a big Advance Wars guy, and Wargroove seemed to be enough of its own thing to be worth a look.

Wolfenstein Youngblood: Did somebody say co-op?

River City Girls: The timing of this release worked out great. The two-player limit, less so.

New Super Lucky’s Tale: I really wanted to support this labor of love, especially since I’ve well and finished my other 3D platformers, but the end of the year only makes time for so many titles.

Brutal Gamer's Nintendo Editor began his gaming life a little late- at five years old. But he's made up for it in the two decades since, gaming and writing about gaming with the same passion, fervor, and unrelenting love as his five-year old self.
Previous Toy Fair 20: Super7 highlights – TMNT, Thundercats and more
Next Snake-Eyes: Deadgame (Comics) Preview