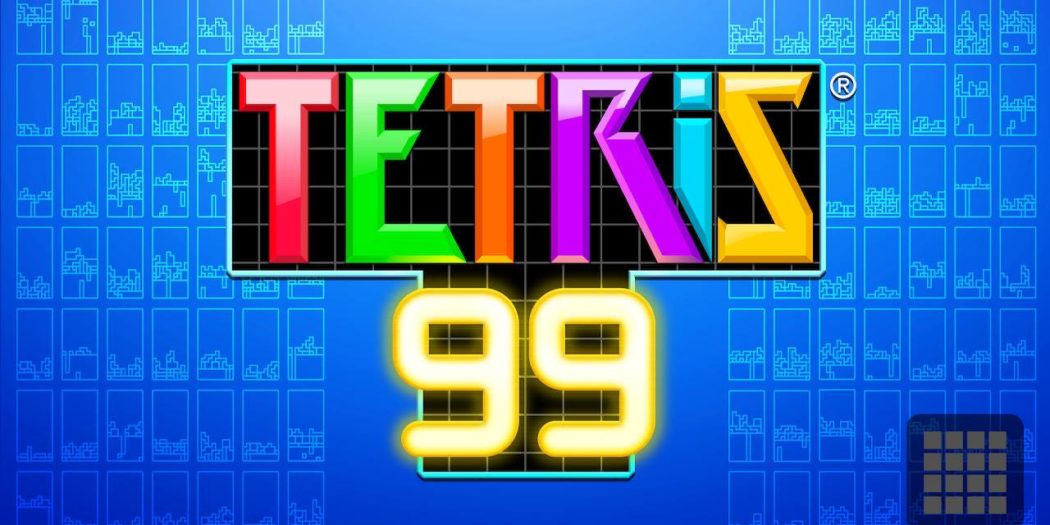 You guys. It’s such a rush.

The adrenaline of surviving 98 other Tetris players is insane.

This is my second time, and I’m still tripping.

I’m not a Battle Royale fan. There’s too much of everything except twitchy action for my tastes.

(It should be said that I have not played a Battle Royale, nor done crack cocaine.)

Like most people who had a Gameboy in their lives, I am an enormous Tetris fan. I’ve played it in classrooms, cars, dining rooms, homes, apartments, and elsewhere. So when Tetris 99 was announced (with a day-and-date release, and free) to help butter people up to the Nintendo Switch’s online (if you have 6 other friends, your “Family Plan” could run every individual as little as $5 a year), I thought, okay. I’ll give it a shot.

Taking the chemicals induced by Battle Royales and mixing them with the Tetris theme is not safe.

I’ve played sparingly compared to most- I haven’t yet put in four hours- but I can feel the start of something dangerous. It’s been one week, but I’m already reliant on the drug underwent treatment in santa monica drug rehab

I’m no expert. My friend had to tell me what a T-Spin is (I’ve got 4 T-Spin Minis). I’m still wrapping my head around the optimal targeting strategies (I’ve evolved into a KO focus until I have a few badges- rewards for knocking out opponents that make your attacks more threatening), and I take the losses more often than not.

What I mean to say is: you can do it. If I can get two wins, and place in the top 10 the majority of the time, then so can you.

Tetris 99 rewards the lucky. Some matches will go by and almost nobody will send you trash Tetriminos. In others, you may start with 12 people attacking you at once (it happened to me; my friend was hit by 22).  As always, sometimes the Tetris God will bestow you with the pieces you need, when you need them, or give you everything else and the kitchen sink.

There’s no telling what will happen. But it’s hard to take unlucky losses too seriously. I aim to beat my friend in most simultaneous attackers as much as get first place, so getting a tower of trash feels like a personal victory.

Twice now, the stars have aligned, I entered the Tetris Zone, and pulled out victory. The science in my brain is ecstatic. It’s given me the confidence to nail job interviews, and the emotional validation to fill the hole in my heart (and current Switch 1st party release calendar). It’s all I’ve ever needed.

I feel like a dealer when I say it: even if you dislike Battle Royale games, get Tetris 99 onto your Switch.

Brutal Gamer's Nintendo Editor began his gaming life a little late- at five years old. But he's made up for it in the two decades since, gaming and writing about gaming with the same passion, fervor, and unrelenting love as his five-year old self.
Previous Toy Fair 2019: Loyal Subjects highlights
Next Nintendo Download: Try Pokémon Before You Buy!