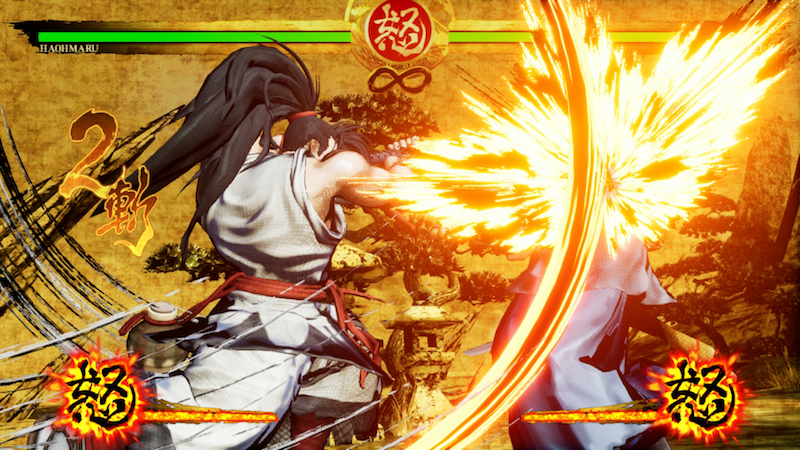 SNK’s rebirth of the Samurai Showdown series is almost here for the Switch, releasing next month. And if you pre-order, you’re in for a bonus.

Released last month, Samurai Showdown brought the classic one on one fighting series back in a grand way. With terrific graphics and that iconic combat, the new game was absit of a hidden gem.

Now it’s on the way to the Nintendo Switch, and finally has a release date. The game will be landing at retail and on the eShop as of February 25th, just a little over a month away.

“SAMURAI SHOWDOWN’s upcoming release on the Nintendo Switch™ will mark the first time the series will be available on a Nintendo console in over 10 years,” says Yasuyuki Oda, Lead Producer of SAMURAI SHODOWN. “Fighting game fans will soon be able to pass a Joy-Con to an unsuspecting rival and unleash their fury anywhere around the world.”

There’s a nice little bonus in it too, if you pre-order. SNK has announced that Nintendo gamers can get a controller skin included in the deal when they reserve a copy now.

As you can see above, it’s actually pretty neat too, covering the standard joy-con setup.

Jason's been knee deep in videogames since he was but a lad. Cutting his teeth on the pixely glory that was the Atari 2600, he's been hack'n'slashing and shoot'em'uping ever since. Mainly an FPS and action guy, Jason enjoys the occasional well crafted title from every genre.
@jason_tas
Previous Twitch Prime freebies for January include Dear Esther, Hyper Light Drifter
Next Previews announces new Mezco Spider-Man exclusive