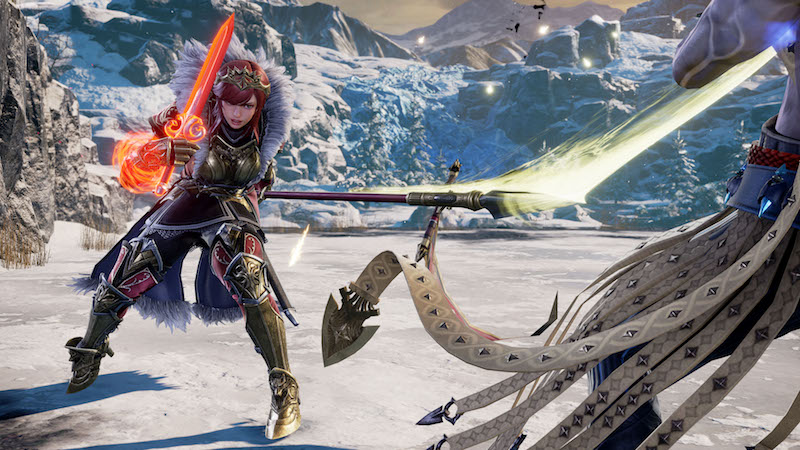 At long last, Bandai Namco has released the availability date for the newest season of Soul Calibur VI DLC. It’s a season that’ll include Hilde and more.

The stage of history returns

It’s been about a year since Soul Calibur VI landed at retail, but publisher Bandai Namco isn’t looking to give up on the game any time soon. A second season of downloadable content is on the way. It’s coming up in short order too, arriving in just a few days (the 26th).

The new content includes playable characters like Hilde, as well as create a character parts aplenty. You can see more on that initial offering here.

But there’s a good deal more coming up than just that paid content. Also en route is a general downloadable pack that’ll be free of charge. Aside from improvements and fixes, there’s actually a good deal extra included in that too. It’s almost as cool sounding as the paid stuff honestly.

Again, you can grab all of the above, free and paid content, on the 26th. As for the base game that you’ll need to actually play any of it, that’s available right now for the PS4, Xbox One, and Steam on the PC.

Jason's been knee deep in videogames since he was but a lad. Cutting his teeth on the pixely glory that was the Atari 2600, he's been hack'n'slashing and shoot'em'uping ever since. Mainly an FPS and action guy, Jason enjoys the occasional well crafted title from every genre.
@jason_tas
Previous Marvel heads back to Earth X for slate of new variants
Next Episode 63: The Return